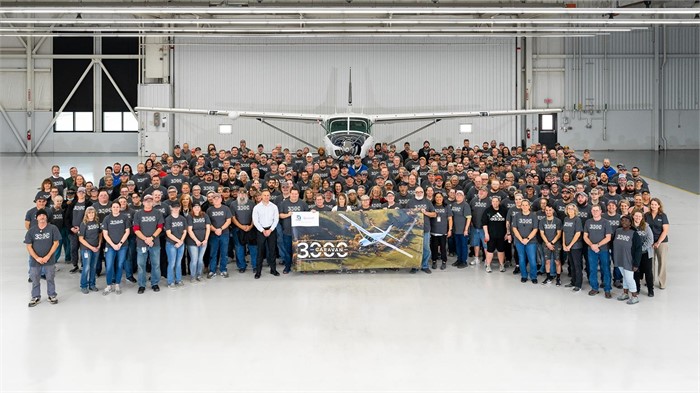 Cessna parent company Textron Aviation has now delivered 3,000 aircraft from its Cessna Caravan turboprop family, the most recent being a single-engine Grand Caravan EX that went to Brazilian aviation company Azul Conecta. Based at Jundiai Airport near São Paulo, Azul Conecta was launched in 2008 and claims to serve more cities in Brazil than any other airline. To celebrate the delivery, employees and representatives from both companies attended a special ceremony at Textron’s facility in Independence, Kansas.

“The Cessna Caravan’s versatility and reliability have made it the most popular aircraft in the utility turboprop category, with now 3,000 delivered globally,” says Lannie O’Bannion, Textron Aviation senior vice president of sales and flight operations. “I’m thankful to customers like Azul Conecta who continuously rely on the Caravan family of aircraft to fulfill their missions, deliver solutions, and improve lives around the world.”

A Short History Of The Caravan 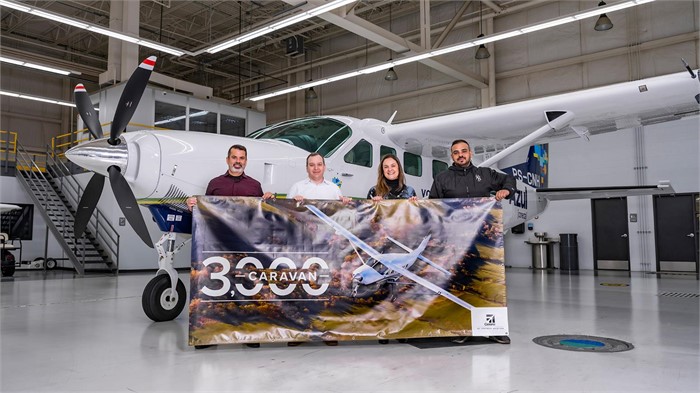 “This Grand Caravan EX will proudly fly the Brazilian skies and connect our 158 destinations, many of which are made possible by the aircraft’s utility and flexibility,” says Flavio Costa, CTO of Azul and president of Azul Conecta. (Photo courtesy of Textron Aviation.)

“This Grand Caravan EX will proudly fly the Brazilian skies and connect our 158 destinations, many of which are made possible by the aircraft’s utility and flexibility,” says Flavio Costa, CTO of Azul and president of Azul Conecta. “As a longtime Textron Aviation customer with a fleet of over 25 Cessna aircraft, we are happy to be a part of this important milestone.”

About The Grand Caravan EX

Grand Caravan EX users include regional airlines, charter operators, and cargo carriers. The aircraft, which can seat up to 14 passengers, is powered by a Pratt & Whitney Canada PT6A-140 power plant rated for 867 horsepower. The turboprop has a maximum range of 912 nautical miles (1,689 kilometers), a maximum cruise speed of 185 ktas (343 km/h), and a maximum operating altitude of 25,000 feet (7,620 meters). Cessna equips the plane with a Garmin G1000 NXi avionics suite and offers customers a choice of Canyon, Savanna, or Oasis interior packages.

Controller.com is an excellent source for new and used Cessna aircraft for sale, including Grand Caravan EX turboprops.