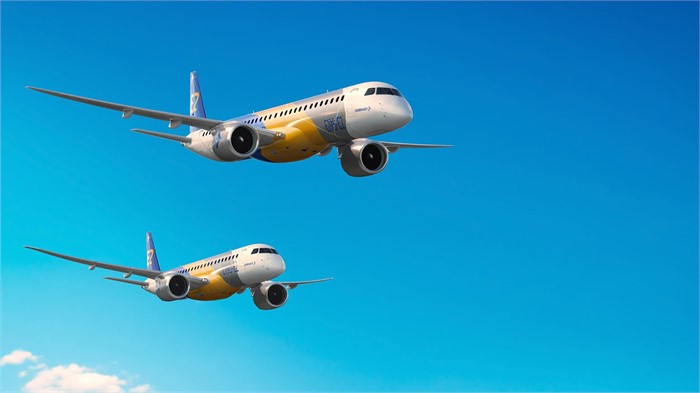 Embraer announced this week that its E195-E2 and E190-E2 commercial jets have received type certification from Transport Canada. (Image courtesy of Embraer.)

Add Canada to the list of countries that have granted Embraer’s E195-E2 and E190-E2 commercial jets type certification. With their certification from Transport Canada, the jets now hold certification from the Federal Aviation Administration, the European Union Aviation Safety Agency, and the National Civil Aviation Agency of Brazil. The aerospace firm is now clear to deliver the first of 50 E195-E2s to Toronto-based regional airline Porter Airlines. The delivery, expected to occur in coming days, will be the first in North America for the E195-E2. In addition to 50 firm orders for E195-E2s, Porter has purchase rights for another 50.

The E195-E2, which entered service in 2019, is available in 120-, 132-, and 146-seat configurations. Embraer claims the jet is the most environmentally friendly in the single-aisle segment, as it can save up to 25% carbon dioxide emissions compared to previous-generation aircraft. Earlier this year, Embraer and Pratt & Whitney conducted testing on an E195-E2 operating on 100% sustainable aviation fuel (SAF). Embraer says when using 100% SAF, an up to 85% reduction in emissions is possible.

The E190-E2 is available in 97-, 106-, and 114-seat configurations. Embraer says the jet can achieve 17% lower emissions than previous-generation aircraft. Additionally, the manufacturer says the E190-E2’s take-off performance from hot and high conditions enables a 600-nautical-mile (1,111-kilometer) increase in range compared to current-generation aircraft. The E190-E2, the first model in the E2 family, received steep approach certification from the EASA in June 2021. 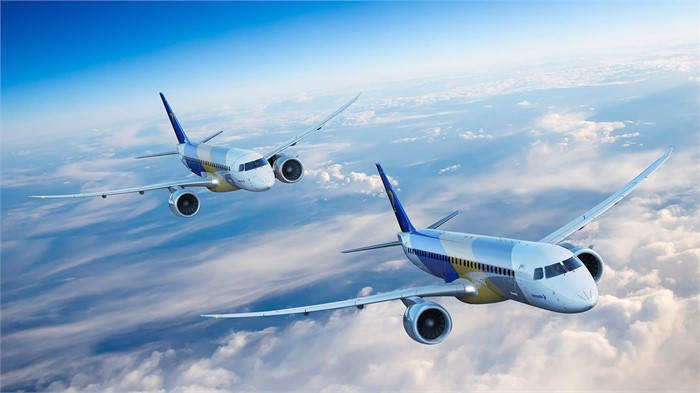 Type certification in Canada for the E195-ER sets Embraer up to make the first E195-E2 delivery in North America to Porter Airlines in Toronto. (Image courtesy of Embraer.)

Controller.com is where you’ll find a big selection of new and pre-owned Embraer aircraft for sale, including Phenom and Legacy business jets.