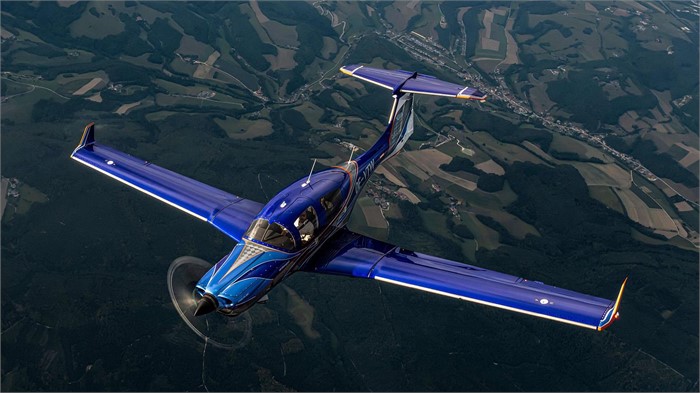 Diamond Aircraft has won another award for its DA50 RG (Retractable Gear). The German Design Council recently bestowed a German Design Award 2023 honor upon the five-seat piston single for excellent product design in the Aviation, Maritime, and Railway category. The award jury stated that the DA50 sets standards in the light aircraft segment for performance, functionality, efficiency, and luxury comfort while impressing with a “striking design language that makes it unmistakable."

“We are thrilled to have been granted the German Design Award Winner 2023 for our unparalleled DA50 RG and are overwhelmed by the number of accolades the DA50 RG has received,” says Liqun (Frank) Zhang, CEO of Diamond Aircraft Industries. “This is one great early Christmas present for the entire Diamond Aircraft Family. Since introduction, this aircraft has sparked so much interest all over the world, and everyone who flies it is excited about the comfortable roomy cabin, the superb workmanship, and the fantastic flight characteristics.”

Launched in 2020, the DA50 RG previously won a 2020 Aerokurier Innovation Award in the Best New Aircraft category, a 2021 iF Design Award in the Product discipline, and a 2021 Fliegermagazin Award for Best New Aircraft. Diamond has described the aircraft has having a “limousine-like” interior and one of the biggest, widest, and most comfortable cabins in its class. 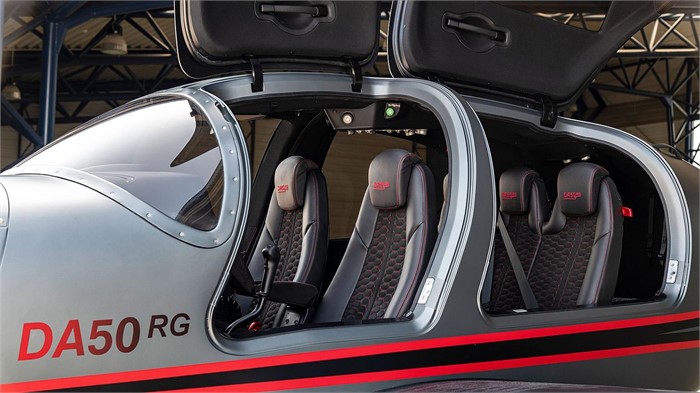 The plane has a premium interior that comes in a variety of styles, colors, and materials. Diamond equips the plane with a wealth of features and options, including LED interior lighting, a removable right-hand control stick, an optional oxygen system, and a TKS de-icing system. The DA50 RG has an all-carbon fiber composite airframe and a Garmin G1000 NXi flight deck with standard three-axis GFC700 Automatic Flight Control System. Its Continental CD-300 jet fuel engine is rated for 300 horsepower and includes a dual-redundant FADEC (full authority digital engine control) system. The aircraft has a maximum flight range of 750 nautical miles (1,389 kilometers) with 30-minute fuel reserve, a 20,000-foot (6,096-meter) maximum operating altitude, and a 1,232-pound (559-kilogram) useful load.