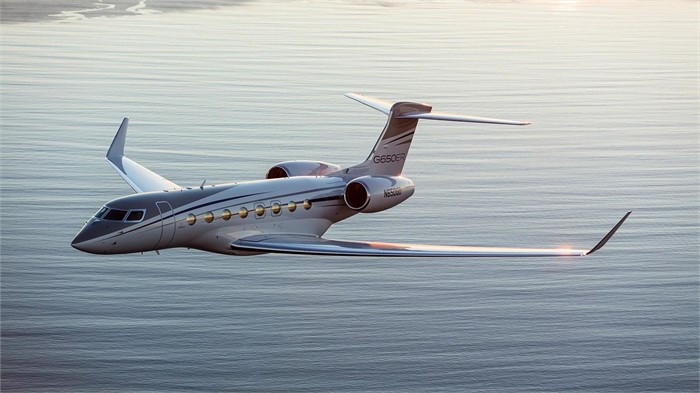 On September 26, Gulfstream Aerospace delivered the 500th aircraft from its award-winning and record-breaking G650 family of ultra-long-range business jets to an undisclosed customer. (Photo courtesy of Gulfstream.)

Gulfstream Aerospace recently delivered the 500th aircraft from its G650 family of ultra-long-range business jets, handing it over to an unnamed customer at its completions facility in Appleton, Wisconsin. The G650 lineup includes the G650, certified in September 2012, and the extended-range G650ER, announced in 2014. Both can seat up to 19 passengers. Gulfstream says there are more than 470 aircraft from the award-winning lineup in service.

“With an incredible 500 delivered, persistent demand, and a host of industry accolades, the G650 and G650ER are undeniably iconic,” says Mark Burns, Gulfstream Aerospace president. “This milestone delivery is a strong testament to the tremendous work of our dedicated Gulfstream team. As with all aircraft programs, we continue to invest in the G650 and G650ER to ensure continuous improvement throughout the growing fleet for our customers.”

The G650 family’s awards include a Robert J. Collier Trophy in 2014 for performance, safety, and efficiency innovations. The lineup has also turned in record-breaking performance over the years, setting more than 120 city pair world records, including polar and westbound around-the-world records. Gulfstream says the G650ER—with a 7,500-nautical-mile (13,890-kilometer) fight range that outstrips even the G650’s 7,000 nm (12,964 km) range—holds the record for the farthest fastest flight in business aviation history. Both aircraft have a maximum long-range cruise speed of Mach 0.925 and a high-speed cruise of Mach 0.90.

G650 and G650ER passengers also benefit from a comfortable cabin that’s designed to be the quietest in business aviation, Gulfstream says. The manufacturer also says the 16 panoramic oval windows built in are the segment’s largest. Other features of note include the inclusion of Gulfstream’s clean air system, which provides 100% fresh air every to two to three minutes, and the company’s air-ionizing technology, which neutralizes allergens and viruses. The jets also provide such options as Viasat Ku/Ka dual-band high-speed internet connectivity.

Find Your Next Gulfstream Aircraft

You’ll find a big selection of new and used Gulfstream aircraft for sale on Controller.com, including a number of G650 and G650ER business jets.