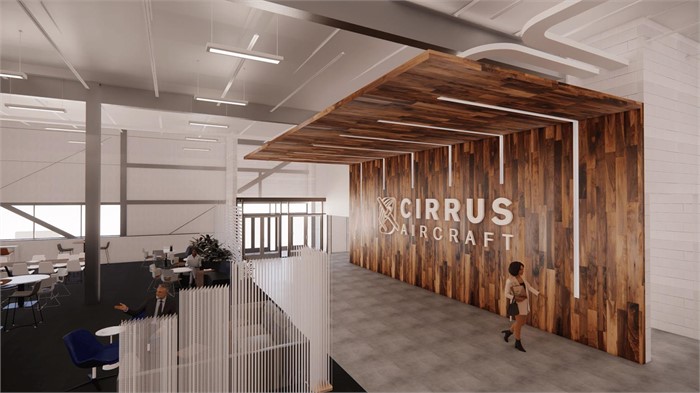 Cirrus Aircraft says its upcoming 189,000-square-foot Duluth Innovation Center at the Duluth International Airport is designed to be the epicenter for personal aviation engineering. (Photo courtesy of Cirrus Aircraft.)

Piston and jet aircraft manufacturer Cirrus Aircraft is creating a state-of-the-art, world-class Duluth Innovation Center in which its engineering, flight test, experimental, design and development, and other employees will develop next-generation aircraft. Located at the Duluth International Airport in Duluth, Minnesota, where Cirrus is based, the recently announced 189,000-square-foot (17,558-square-meter) center will feature amenities and flexible workspaces to create optimal working conditions and a “break from the traditional office and lab environment,” Cirrus says.

“A Company Of Big Ideas”

The center is housed in the former Northwest Airlines Corp. facility, which Cirrus recently acquired from the Duluth Economic Development Authority (DEDA). Located on 39 acres, the building has been vacant since May 2020. Renovations are to begin yet this month. Zean Nielsen, Cirrus Aircraft CEO, says the center is designed to be the epicenter for personal aviation engineering and a destination for top talent from around the world.

“Doubling down with a massive facility such as this underscores our relentless pursuit of continuous innovation that makes owning and operating a Cirrus safe, convenient, and easy,” Nielsen says. “We are a company of big ideas, such as putting a parachute on every Cirrus aircraft, designing and building a single-engine jet, introducing Safe Return Autoland, rolling out Cirrus IQ connectivity, and offering a 360-degree ecosystem around the customer.” 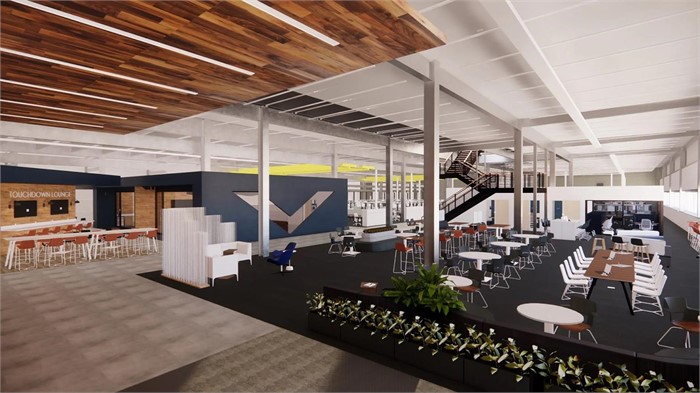 Controller.com offers a big selection of new and used Cirrus airplanes for sale, including SR20, SR22, and Vision aircraft.