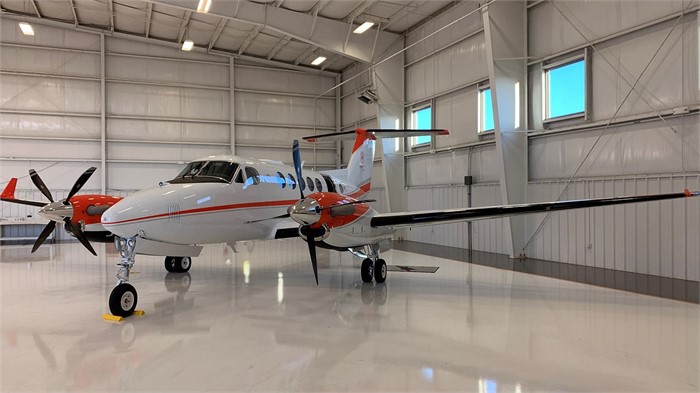 “Whether for the wildfire detection and mapping, resource management, aerial supervision module/lead plane, or air attack, the King Air continues to demonstrate its leadership in this mission,” says Bob Gibbs, Textron Aviation vice president of special mission sales. “Customer faith in our legendary products and trust in our company and our team are at the core of our enduring relationship with U.S Forest Service.”

The Beechcraft King Air 360 and King Air 360ER are among several Beechcraft and Cessna aircraft that Textron can equip for special-mission operations, including aerial survey, air ambulance, flight inspection, float operations, ISR (intelligence, surveillance, reconnaissance), parachute, training, and utility and transport. For air survey missions, the King Air 260 is available in multiple configurations and with such equipment as large-format digital mapping cameras and gyro-stabilized mounts. 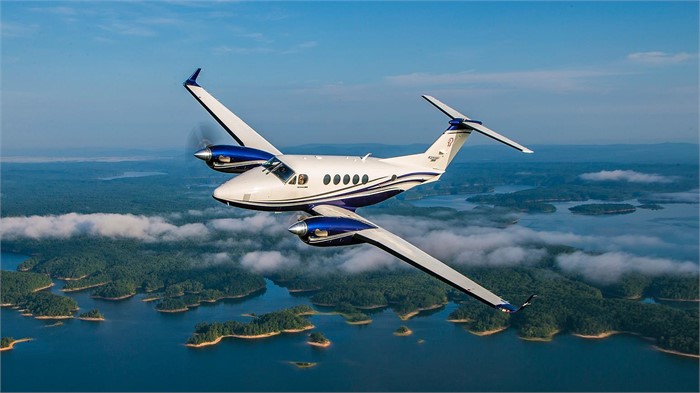 In its standard configuration, the King Air 260 can transport up to nine passengers and haul up to 550 pounds of baggage. (Photo courtesy of Textron Aviation.)

The King Air 260 can transport up to nine passengers and haul up to 550 pounds (249 kilograms) of baggage. Its maximum cruise speed is 310 ktas (574 km/h), and its maximum range is 1,720 nautical miles (3,185 kilometers). The plane is powered by dual Pratt & Whitney Canada PT6A-52 engines fitted with four-blade composite Hartzell propellers with constant-speed and auto-feathering functionality.

Find Your Next Beechcraft Aircraft