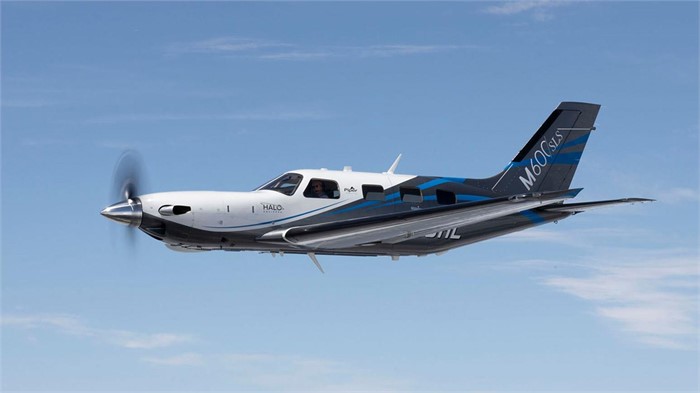 Piper Aircraft recently announced that it has obtained approval from the FAA for a minimum equipment list for its M600/SLS turboprop, thus qualifying the aircraft for Part 135 charter operations. (Photo courtesy of Piper Aircraft.)

Piper Aircraft announced this week at the EAA AirVenture 2022 air show in Oshkosh, Wisconsin, that the Federal Aviation Administration has approved a minimum equipment list (MEL) for its single-engine Piper M600/SLS (Safety, Luxury, Support) turboprop. The approval means the M600/SLS can be operated under Part 135, an FAA certificate that opens the six-seat aircraft up to charter operations.

“The addition of an approved MEL for the M600 is a testament to the diverse mission profiles this aircraft can accommodate and an important step forward in expanding the operational capability of the airplane,” says Ron Gunnarson, Piper Aircraft vice president of sales, marketing, and customer support.

Introduced in October 2019 with a clean-sheet wing design, the M600/SLS is designed for business and personal travel. The pressurized turboprop is part of Piper’s M-Class of single-engine aircraft that also includes the M500 and M350. In 2020, the M600/SLS became the first general-aviation aircraft in the world to receive FAA type certification for the HALO Safety System. In 2021, the European Union Aviation Safety Agency also certified the aircraft for HALO.

HALO comes standard with the M600/SLS, and is built into the aircraft’s Garmin G3000 avionics suite, which features the award-winning Garmin Autoland. If the pilot should become incapacitated, the fully autonomous Autoland system can select the nearest runway and then fly the M600/SLS to the airport for safe landing without any passenger input. The avionics suite also includes such technologies as auto throttle, SurfaceWatch, and SafeTaxi.

The M600/SLS is powered by a Pratt & Whitney PT6A-42A engine rated for 600 shaft horsepower and equipped with a four-blade, constant-speed Hartzell propeller. An included EXP package provides customers with multiple interior color palette, material, stitching, and other design choices. Customers can also opt for Awareness, Weather, International, and Premium upgrade packages. The turboprop has a maximum flight range of 1,658 nautical miles (3,070 kilometers), a maximum cruise speed of 274 KTAS (507 km/h), and a maximum altitude of 30,000 feet (9,144 meters).

Find Your Next Piper Aircraft

You’ll find hundreds of new and used Piper aircraft for sale on Controller.com, including a number of M600 and M600/SLS turboprops.