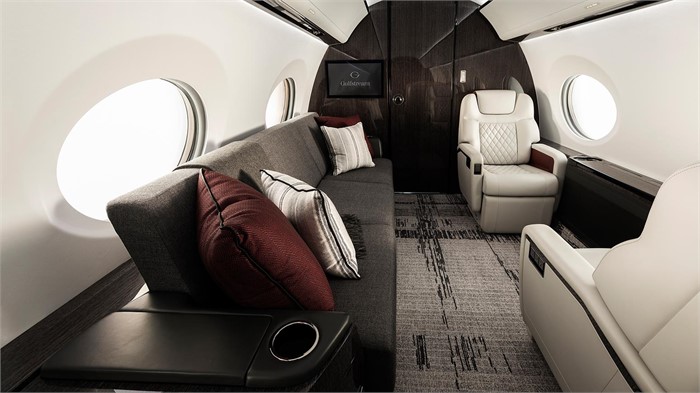 Gulfstream recently announced it has completed the first delivery of a G600 executive jet outfitted at its facility in Dallas. (Photo courtesy of Gulfstream.)

This week, Gulfstream Aerospace delivered the first G600 executive jet outfitted at its facility in Dallas. Last summer, Gulfstream announced an expansion of completions operations there to include large-cabin interior outfitting capabilities for the award-winning and record-breaking G600 in response to customer demand. Gulfstream introduced the 19-passenger jet in 2014 alongside the G500, delivered the first G600 in August 2019, and has delivered more than 70 G600s worldwide.

“We are seeing tremendous demand for our next-generation aircraft,” says Gulfstream President Mark Burns. “Expanding G600 completions to Dallas is positioning us well for the future as we prepare for G700 entry into service, continued G500 and G600 in-service fleet growth, and the interest we are seeing in the recently announced G400 and G800.”

Gulfstream’s Dallas facility also performs completions for its super-midsize G280. In addition, the aerospace company handles large-cabin completions at its Savannah, Georgia, and Appleton, Wisconsin, facilities. The Dallas expansion for G600 completions is part of a broader growth strategy that also includes the expansion of Gulfstream’s Customer Support operation to the Fort Worth Alliance Airport in Texas, which involves about 160,000 square feet (14,864 square meters) of new maintenance, repair, and overhaul space. 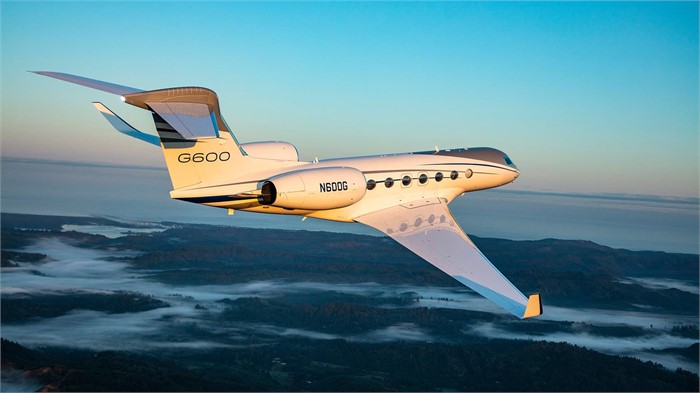 Gulfstream expanded completions operations at its Dallas facility last summer to include large-cabin interior outfitting capabilities in response to customer demand for the G600. (Photo courtesy of Gulfstream.)

The G600 won the top Private Jet Design honor in the 2018 International Yacht & Aviation Awards. Gulfstream notes that its artisans handcraft the cabinetry, furnishings, and finishes in each G600, plus all other Gulfstream aircraft. Customers can configure the G600 with up to four living areas or with three living areas with a crew compartment. The interior includes 14 oval windows, 100% fresh air, and what Gulfstream says is an industry-low cabin altitude.

The G600 also gets passengers to their destinations in speedy fashion, as indicated by its more than 35 city-pair speed records. The jet is equipped with dual Pratt & Whitney PW815GA engines, and has a maximum operating speed of Mach 0.925. It has a 6,600-nautical-mile (12,223-kilometer) flight range at Mach 0.85, and a 5,600-nm (10,371-km) range at Mach 0.90. Its next-generation Symmetry Flight Deck features active control sidesticks, 10 touchscreen displays, a Gulfstream Enhanced Flight Vision System, and Phase-of-Flight technology.

Find Your Next Gulfstream Aircraft

You’ll find a big selection of new and used Gulfstream business jet for sale at Controller.com, including a number of G600s.