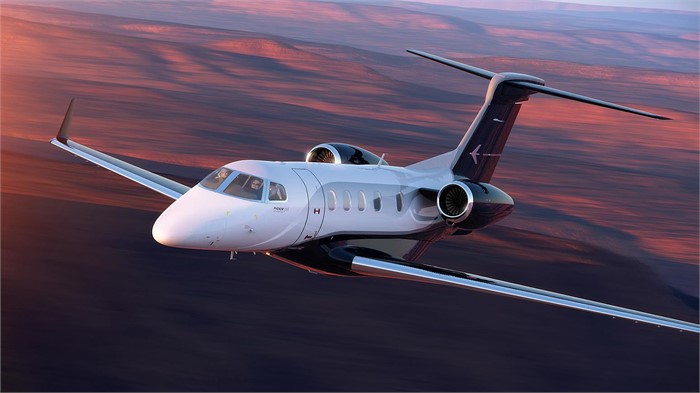 For the 10th straight year, the Embraer Phenom 300 series was the most-delivered aircraft in the light jet category, according to GAMA data. (Photo courtesy of Embraer.)

Citing data from the General Aviation Manufacturers Association (GAMA), Embraer says its Phenom 300 business jet series was the most-delivered light jet for 2021, making it the category’s leader for the 10th year in a row. Embraer has delivered more than 640 Phenom 300s to date, including 56 in 2021. Launched in 2005, Phenom 300s currently operate in 39 countries and have clocked nearly 1.5 million flight hours. Since entering the market in 2009, the series has had the largest annual delivery rate, averaging in excess of 50 deliveries per year, Embraer says.

“Since inception, we have made continuous improvements to the aircraft based on customer feedback, and we will continue to innovate and improve it in the coming years,” says Michael Amalfitano, Embraer Executive Jets president and CEO.

Embraer says it has made numerous enhancements to the Phenom 300 series’ performance, technology, comfort, and operational efficiency, all of which contribute to the series having the market’s highest residual value. The newest variant, the Phenom 300E, was announced in January 2020 and first delivered in June 2020. Embraer claims the Phenom 300E is the fastest and longest-ranged single-pilot jet in production. The twinjet can reach Mach 0.80 and it has a five-occupant range of 2,010 nautical miles (3,722 kilometers) with National Business Aviation Association (NBAA) Instrument Flight Rules (IFR) reserves. 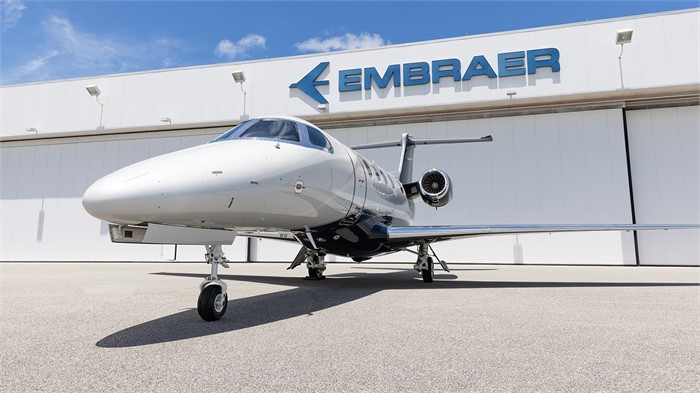 Embraer says the latest Phenom 300 business jet, the Phenom 300E, is the fastest and longest-ranged single-pilot jet in production. (Photo courtesy of Embraer.)

The Phenom 300E is powered by two Pratt & Whitney Canada PW535E1 engines, each with 3,478 pounds (15.5 kilonewtons) of thrust, and is equipped with the Garmin 3000 avionics suite with the Prodigy Touch Flight Deck. Embraer says the Phenom 300E is the first and only business jet to include a runway overrun awareness and altering system (ROAAS), which advises the pilot when a runway approach is too steep or too fast.

Find Your Next Embraer Business Jet