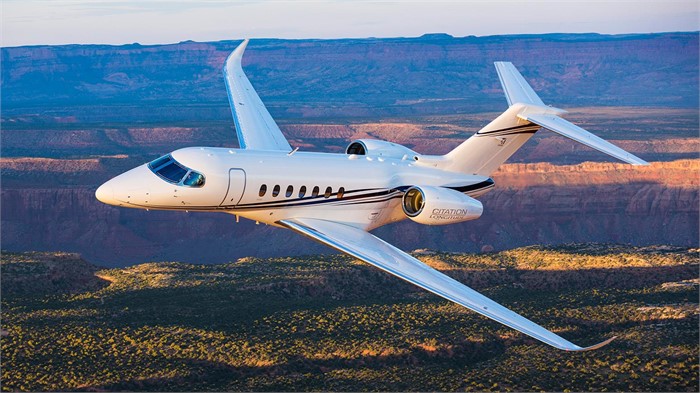 Textron Aviation recently delivered the 8,000th business jet from its Cessna Citation lineup to Scotts Miracle-Gro. The new Citation Longitude is the fifth Citation in the company’s fleet. (Photo courtesy of Textron Aviation.)

“The Citation is one of the most functional and reliable brands in the general aviation industry and I, along with the members of our flight department, congratulate Textron Aviation on the delivery of its 8,000 Citation aircraft," says Hagedorn.

The Citation lineup also includes the CJ3+, CJ4 Gen2, Latitude, M2 Gen2, and XLS Gen2. The flagship 12-passenger super-midsized Longitude model boasts the most legroom in its class in a standard double-club configuration. Cessna says Citations are well-known for combining comfort, reliability, and efficiency with advanced technology and class-leading performance.

“With more than 41 million flight hours across the globe, our customers continue to make Citation jets their aircraft of choice,” says Textron Aviation President and CEO Ron Draper. 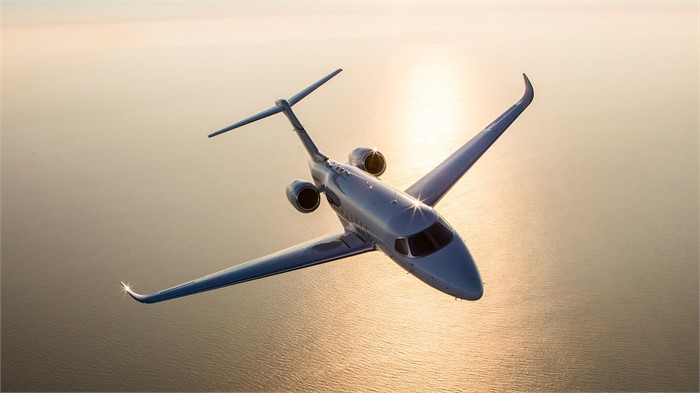 Textron Aviation says the Cessna Citation Longitude offers the most legroom in the super-midsize class in its standard double-club configuration. (Photo courtesy of Textron Aviation.)

The clean-sheet Longitude first flew in 2016. It received its Federal Aviation Administration certification in September 2020 after what Textron claims was its most vigorous flight, structural, and component testing ever on a Citation jet. With four passengers onboard, the jet has a 3,500-nautical-mile (6,482-kilometer) flight range. It has a maximum cruise speed of 483 ktas (895 km/h), a 1,600-pound (726-kilogram) fuel payload, and a 1,115-lb (506-kg) baggage capacity. The jet is powered by twin Honeywell HTF7700L engines.

You’ll find hundreds of new and used Cessna aircraft for sale on Controller.com, including a big selection of Citation jets.