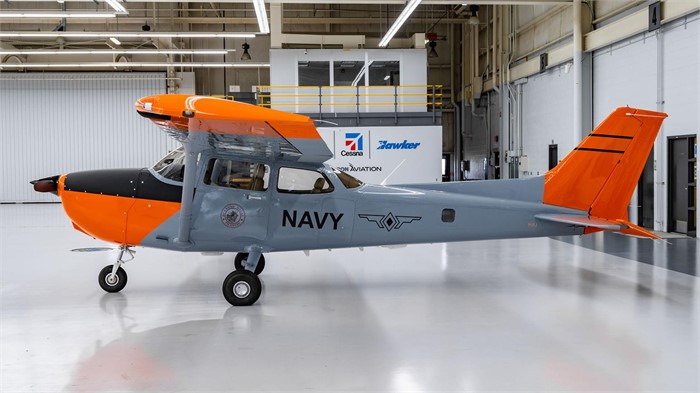 The Philippine Navy has added four new Cessna 172S Skyhawks to its flight training fleet located at the Naval Air Wing in Sangley Point, Philippines. Introduced in 1998, the 172S is one of numerous variants Cessna has introduced since producing the first Skyhawk production unit in 1956. Cessna says the Skyhawk provides aviation’s ultimate classroom for instructors, students, and observers. It also claims the Skyhawk is the most popular single-engine civil aircraft ever built, with more than 45,000 delivered worldwide.

“The Cessna Skyhawk continues to be the Philippine Navy’s aircraft of choice for flight training,” says Bob Gibbs, Textron Aviation vice president of special-mission sales. “Customer faith in our legendary products and trust in our company and our team are at the core of our relationship with military training academies worldwide.”

The 172S is available in three- and four-seat options, both of which include two large cabin doors for easy entry and exit. The interior includes seats wrapped in comfortable Luxor 2 material, soft LED lighting and an option for a skylight, and a baggage area with a 120-pound (54-kilogram) weight allowance. LED landing and recognition lights and tricycle landing gear facilitate simple landings. The aircraft has a 1,335-foot (407-meter) minimum landing distance.

When launching the 172S in the late ’90s, Cessna upgraded the 172 series’ engine to a 180-horsepower (134-kilowatt) Lycoming IO-360-L2A engine that’s still in use today. The air-cooled, four-cylinder, fuel-injected engine is paired with a two-blade, fixed-pitched McCauley propeller. The plane has a 640-nautical mile (1,185-kilometer) maximum flight range and a maximum cruise speed of 124 ktas.

Controller offers hundreds of new and used Cessna aircraft for sale, including dozens of 172s.