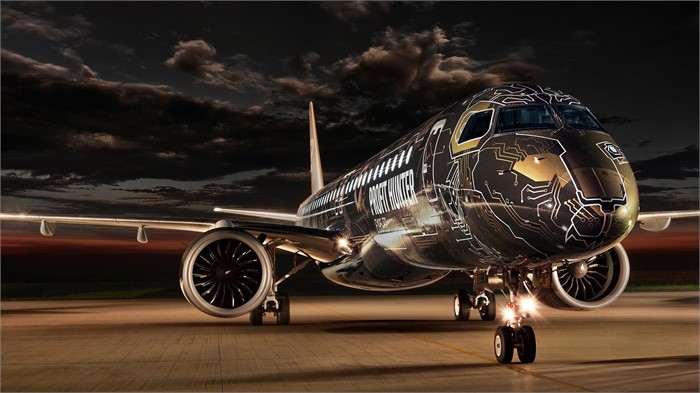 Fresh off an appearance at the Dubai Air Show earlier in November, Embraer attended the inaugural business and general aviation Selangor Aviation Show held November 25 to 27 in Selangor, Malaysia. Embraer showcased its E195-E2 regional commercial jet, which featured an attention-grabbing TechLion livery. The E195-E2 seats up to 146 passengers, and is billed as the world’s most efficient and sustainable single-aisle jet. For 2021, Embraer has forecasted a demand for 60 new commercial aircraft equipped with fewer than 150 seats in Malaysia over the next decade.

“We see potential for domestic and regional connectivity to multiply in Malaysia,” says Arjan Meijer, Embraer Commercial Aircraft president and CEO. “It’s a win-win for all. Domestic tourism thrives and passengers get to travel to new destinations with the comfort of a modern commercial jet. Airlines can deploy these regional jets with the assurance of its low operating costs and superior aircraft performance, coupled with its green credentials. Incorporating the E-Jets E2’s new technologies and enhanced operations is a key step on the path to a more sustainable aviation industry.”

“The E195-E2 on display shows how a regional jet equipped with the latest technologies and the lowest fuel and noise emissions can bring a new dimension to domestic and regional travel,” says Hasan Azhari. 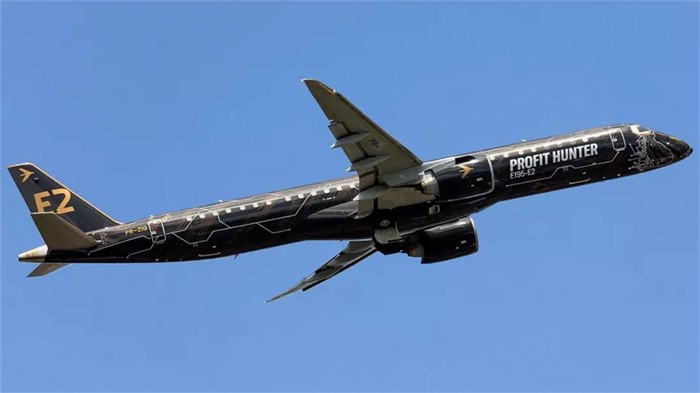 Embraer is forecasting a demand for 60 new commercial aircraft with fewer than 150 seats (like its own E195-E2 regional jet) over the next 10 years in Malaysia. (Photo courtesy of Embraer.)

The E195-E2 entered service in 2019, and is the largest model in Embraer’s E-Jets E2 family. It’s also available in 120- and 132-seat configurations, and has received type certifications from the Federal Aviation Administration (FAA), European Aviation Safety Agency (EASA), and the Brazilian Civil Aviation Agency (ANAC). The aircraft serves airlines in Belarus, Brazil, the Netherlands, Nigeria, and Switzerland. Embraer says demand in Malaysia for aircraft with fewer than 150 seats relates to their ability to complement larger aircraft already operating and to create new routes or increase service for existing ones.

The E195-E2 has a 2,600-nautical-mile (4,815-kilometer) maximum flight range, a maximum cruise speed of Mach 0.82, a 41,000-foot (12,497-meter) service ceiling, and a 135,585-pound (61,500-kilogram) maximum takeoff weight. Meijer says the aircraft reduces per-seat emissions by as much as 25% compared to a typical turboprop and has the lowest external noise levels among all jet aircraft. Airlines that deploy it, he says, are certain to benefit from its low operating costs and superior performance to go along with its green credentials.

Controller.com is the industry’s leading resource for finding new and pre-owned Embraer aircraft for sale, including Phenom, Legacy, and ERJ 145 jets.