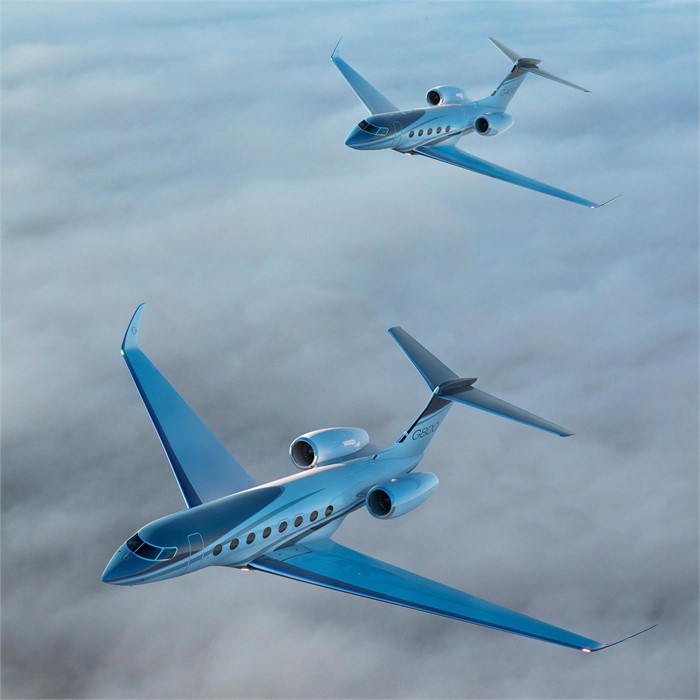 Gulfstream debuted not one but two all-new executive jets this week with the introduction of the G800, the company’s longest-range aircraft ever, and the G400, which Gulfstream says is the industry’s first new large-cabin aircraft in more than a decade. (Photo courtesy of Gulfstream.)

The Gulfstream Aerospace executive jet lineup has expanded by two. The General Dynamics-owned brand announced its all-new G800 and G400 this week during an exclusive event the company livestreamed worldwide from its headquarters in Savannah, Georgia. The unveiling included a virtual tour of the G400, which Gulfstream says reinvents the large-cabin class with its mix of performance and environmental efficiency, and a live reveal of the G800, Gulfstream’s longest-range aircraft ever. G800 deliveries are expected in 2023, and G400 deliveries in 2025.

“We designed the ultra-long-range G800 to extend our customers’ reach to more people and places around the world,” says Gulfstream President Mark Burns. “The G800 redefines what it means to go farther faster in a Gulfstream, and offers even more time savings with its impressive range at high speed.” 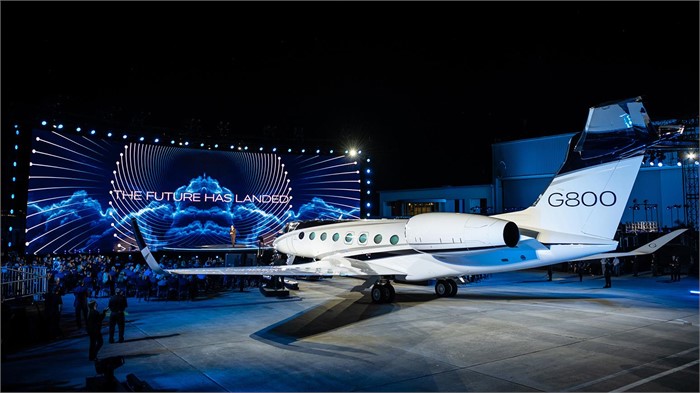 During an exclusive event at its company headquarters, Gulfstream provided a virtual tour of its all-new G400 business jet, and conducted a live reveal of its all-new G800, as shown above. The G800 is expected for delivery in 2023, and the G400 in 2025. (Photo courtesy of Gulfstream.)

Seating up to 11 passengers and providing up to 2.5 living areas, the G400 offers the industry’s first new large-cabin aircraft in more than 10 years, Gulfstream says. The cabin measures 6.2 ft (1.88 m) high by 7.6 ft (2.31 m) wide by 36.4 ft (11.1 m) long. Cabin volume measures 1,441 cubic ft (40.8 cu m). Gulfstream says it conceived and designed the G400 with assistance from direct customer feedback. Three floor plans are available, as are nine-, 11-, and 12-passenger seating options. The cabin benefits from the inclusion of 10 panoramic oval windows and the manufacturer’s signature Gulfstream Cabin Experience: “whisper-quiet” noise levels, a plasma-ionizing clean air system that neutralizes 99.9% of airborne bacteria, spores, and odors, and a low cabin altitude.

The jet’s Pratt & Whitney PW812GA engines and aerodynamic clean-wing design contribute to its 4,200-nm (7,778-km) flight range at Mach 0.85 along with reduced fuel consumption, emissions, and noise. The G400 has a maximum speed of Mach 0.90.

Controller.com is where the industry turns for new and used Gulfstream business jets for sale, including G500s, G600s, G650s, and G650ERs.