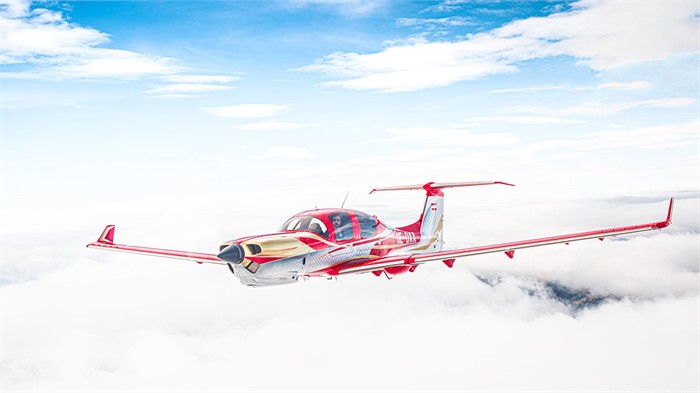 Pilots from Diamond Aircraft recently landed the first DA50 RG piston single aircraft in China after flying it 7,033 nautical miles from Austria over eight days. The aircraft was on display at Airshow China 2021 through October 3rd. (Photo courtesy of Diamond Aircraft.)

“We are very proud of these latest milestones for our DA50 RG,” says Diamond Aircraft Austria CEO Liqun (Frank) Zhang. “Another long-distance flight that highlights the reliability, safety, and performance of this remarkable aircraft.”

Diamond Aircraft introduced the DA50 RG in 2017, and says it plans to eventually also introduce six- and seven-seat variants. The aircraft manufacturer launched the DA50 RG in 2020, and the aircraft received its European Union Aviation Safety Agency (EASA) type certification in September 2020. Federal Aviation Administration (FAA) certification is expected by year’s end. The aircraft has already won 2020 and 2021 1st Place Aerokurier Innovation Awards as well as a 2021 iF Design Award in the Product discipline. 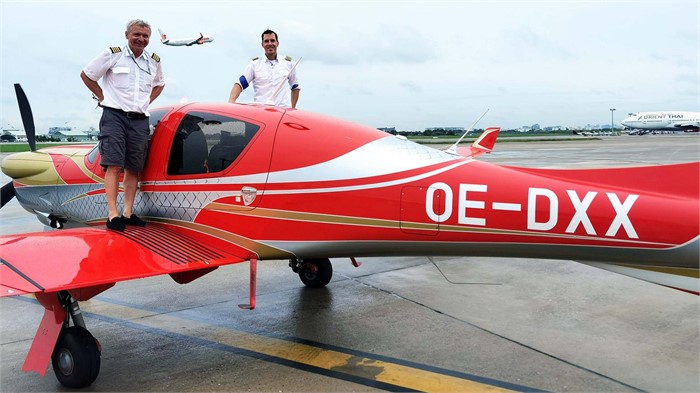 Bausek, the DA50 program’s original lead design engineer, calls the plane “the ultimate travel aircraft.” “The handling in any flight segment is so easy while delivering great comfort and space,” he says. “Relaxed arrival at your journey destination is guaranteed. Originally the DA50 was developed with a fixed gear, but the decision to switch to retractable gear was the right one. In combination with superb aerodynamic design, supported by cowl flaps for optimized performance, you and your passengers travel fast and safe—wherever you want to go, whenever you want to go.”

You’ll find a big selection of new and used Diamond aircraft for sale every day at Controller.com, including DA50 RGs, DA20s, DA40s, DA42s, DA50s, and DA62s.