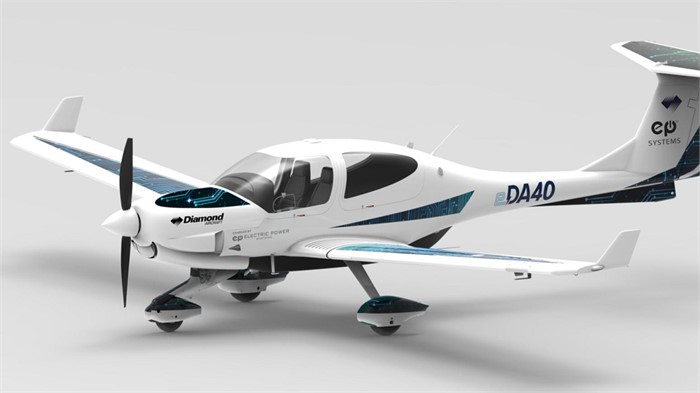 After more than a decade in the making, Diamond Aircraft has announced an all-electric eDA40 aircraft designed especially for flight training schools. The Austrian aerospace company is teaming with battery technology company Electric Power Systems (EPS) on the eDA40, a derivative of Diamond’s DA40 piston single platform. DA40-series aircraft include the all-composite DA40 NG, also built primarily for flight training schools as well as private pilots.

Diamond Aircraft says the eDA40 will provide up to 90 minutes flight time as battery technology evolves and will reduce operating costs by as much as 40% compared to traditional piston aircraft. The manufacturer says the airplane’s combination of a proven airframe, quick-recharge ability, and low operating costs will make it an excellent flight training option. The eDA40 will include a Garmin G1000 NXi glass cockpit, and Diamond will make various avionics add-ons available. Initial flights are expected in Q2 2022, and type certification in 2023. 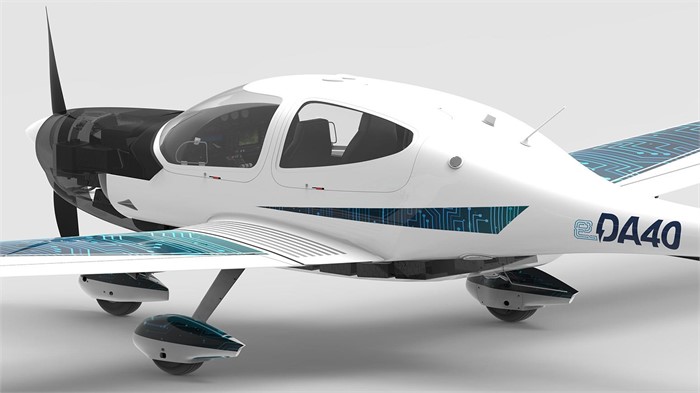 Diamond Aircraft expects the eDA40 to make its initial flights by mid-2022 and receive type certification in 2023. (Photo courtesy of Diamond Aircraft.)

Diamond Aircraft has been working on electric and hybrid-electric platform solutions since 2011, when it introduced the DA36 E-Star co-developed with Siemens at the Paris Airshow. The first E-Star was the world’s first aircraft with a serial hybrid electric drive system and was based on a Diamond Aircraft HK36 motor glider. In 2013, Diamond Aircraft presented the enhanced DA36 E-Star 2 at the Paris Airshow. Later, the company collaborated with Siemens on the HEMEP, the world’s first hybrid-electric multi-engine aircraft, which offered improved fuel consumption and decreased noise levels.

The all-electric eDA40 uses EPS’ Battery Module, which is equipped with a DC fast-charge system and can be fully recharged in 20 minutes or less. Batteries will be located in a custom-designed belly pod as well as between the engine and forward bulkhead. Other EPS customers include industry heavyweights such as Boeing, Embraer, the Federal Aviation Administration (FAA), NASA, Safran, and Textron Aviation. 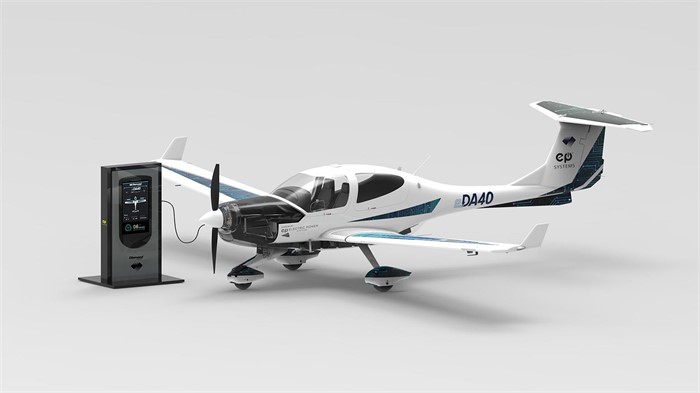 “Making flying as eco-friendly as possible has always been at the core of Diamond Aircraft with our fuel-efficient jet-fuel-powered aircraft producing less CO2 and noise emissions compared to conventional piston aircraft engines,” Zhang says. “Therefore, we are more than proud to underline this commitment with the all-electric eDA40, a sustainable solution for the general aviation of tomorrow.”

Controller.com has a big selection of new and used Diamond Aircraft planes for sale every day, including a number of DA40s.