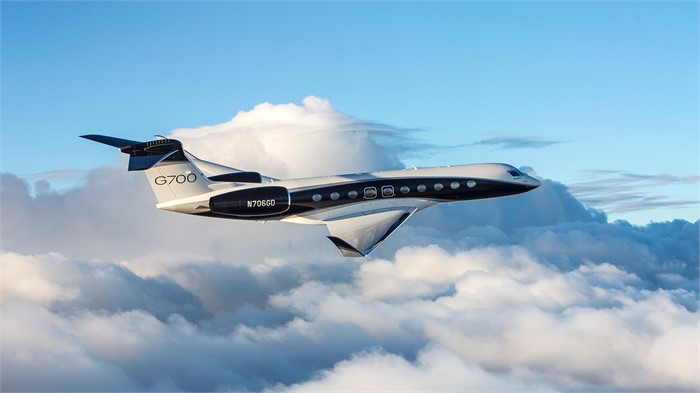 Gulfstream’s flagship G700 jet won’t enter service until next year, but is already putting its all-new Rolls-Royce Pearl 700 engines to good use. The jet recently set its first two city pair speed records while flying from Gulfstream headquarters in Savannah, Georgia, to Doha, Qatar, and then from Doha to Paris. Gulfstream President Mark Burns notes that the record-setting flights also served to demonstrate the jet’s abilities to potential customers.

“We are excited to introduce the G700 in person to customers in the Middle East and Europe and are proud that we can do so while also demonstrating our commitment to sustainability at the same time,” Burns says. “Not only did the aircraft prove its speed and distance capabilities, the fully outfitted cabin is also receiving rave reviews with its impressive cabin size, environment, quality, and flexibility.”

Gulfstream says the G700’s all-new cabin is the industry’s most spacious, innovative, and flexible. The cabin seats up to 19 passengers and sleeps up to 13. It also features as many as five living areas and what Gulfstream says is the industry’s only ultra-galley, providing 10 feet (3 meters) of counter space. The G700 also features a Symmetry Flight Deck with active-control sidesticks, touchscreen avionics, and Phase-of-Flight technology. The jet has a 7,500-nautical-mile (13,890-kilometer) flight range and a maximum speed of Mach 0.925.

A fully outfitted G700 production test aircraft was used to set the city-pair records. The first came while completing a 6,711-nm (12,428-km) flight at an average speed of Mach 0.88 in 13 hours, 16 minutes from Savannah to Doha. The second came while flying 2,952 nm (5,467 km) in 6 hours, 15 minutes at an average speed of Mach 0.90. The G700 used a blend of sustainable jet fuel for the Savannah to Doha flight; Gulfstream says carbon offsets for both flights are being applied.

Controller.com offers for-sale listings for a big selection of new and pre-owned Gulfstream aircraft, including a number of G200s, G280s, G450s, and G550s.