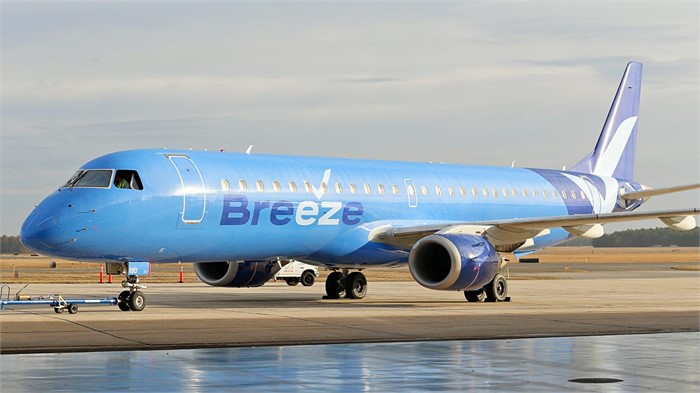 New U.S. carrier Breeze Airways began operations in late May with a planned fleet of 13 Embraer E190 and E195 E-Jets. The carrier will establish new routes in underserved markets throughout the United States. (Photo courtesy of Embraer.)

With former JetBlue founder David Neeleman at the helm, U.S. carrier Breeze Airways began operations in late May with a planned fleet of 13 Embraer E190 and E195 E-Jets. Originally named “Moxy,” the new carrier plans to lease the aircraft, which Embraer will delivery throughout the summer, and says it will further expand its Embraer fleet before year’s end. The Associated Press reports that the carrier has also agreed to purchase dozens of Airbus 220-300 commercial jets.

Prior to founding Breeze Airways and becoming its CEO, Neeleman also founded Morris Air, WestJet, and Azul airlines. Breeze Airways, whose motto is “Welcome to Breeze, Seriously Nice,” says its service merges technology with kindness. It will specialize in serving underserved U.S. routes, with initial routes serving Tampa, Charleston, and Hartford. Additional routes are to be added weekly throughout the summer. The carrier’s Embraer E190s are configured to 108 seats and the E195s to 118 seats.

“Embraer’s E-Jets are phenomenal at building out new airlines and growing and supporting new routes,” Neeleman says. “They are the masters at doing this, as proven by my previous airline ventures—and, no middle seats! The flexibility the family of aircraft provides allows us to meet fluctuating demand profitably—exactly what all airlines need right now. Having the E-Jets as a core part of our team gives me enormous confidence.” 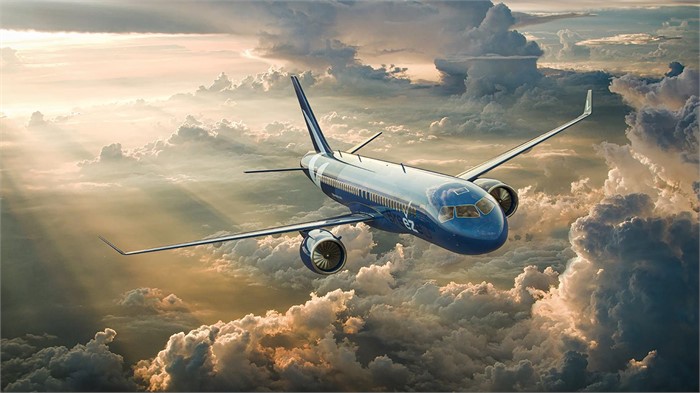 “It’s great to be part of another Neeleman airline project,” says Embraer Vice President of Sales for the Americas Mark Neely. “Launching Breeze with an Embraer fleet is an endorsement of the value these aircraft bring, allowing Breeze to establish new point-to-point routes in underserved markets, bringing much-needed connectivity, protecting yields, managing demand, and doing so profitably.”

Controller.com offers a big selection of new and used Embraer aircraft for sale, including Phenom, Legacy, and ERJ 145 jets.