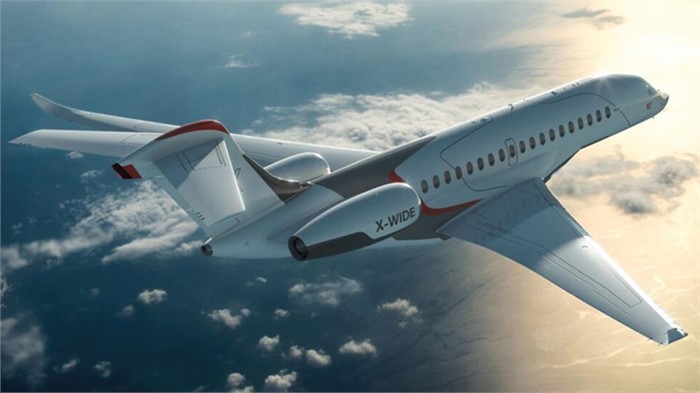 Liebherr-Aerospace & Transportation SAS has developed, manufactured, and serviced systems and components for Dassault Aviation Falcon aircraft models for 70-plus years. It makes sense, then, that Liebherr-Aerospace will supply systems and components for Dassault’s all-new, ultra-long-range Falcon 10X, a new business jet introduced earlier this month.

The Falcon 10X is scheduled to enter service by late 2025, but the jet has already generated a great deal of buzz for its ultra-large cabin and advanced technology. Liebherr-Aerospace will provide the jet’s integrated air management system in a work package that includes bleed air system, air conditioning, cabin pressure control, air preparation, overheat detection, and wing anti-ice protection systems. 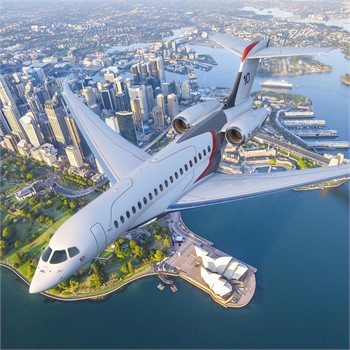 Liebherr-Aerospace is building on architecture it provided for Dassault’s Falcon 6X business jet, but with some new enhancements. The manufacturer cites increased digital control for the Falcon 10X, for example. The Canadian company Héroux-Devtek, a global supplier of landing solutions, commissioned Liebherr-Aerospace for landing gear actuation and steering components for the Falcon 10X.

Legacy Of Contributions To Dassault

“For over 70 years, Liebherr has been developing, manufacturing, and servicing major systems or components of Dassault Aviation’s aircraft, including all members of the Falcon family such as the 7X, 8X, 900, 2000 and 2000EX, and the 50EX,” says Nicolas Bonleux, managing director and chief commercial officer at Liebherr-Aerospace & Transportation SAS. “We are very happy and honored to say that we can contribute our experience and technology also to the latest member of Dassault’s Falcon Family.” Liebherr-Aerospace’s team is located in Lindenberg, Germany.

Dassault’s Falcon 10X has a flight range of 7,500 nautical miles (13,890 kilometers) and a maximum speed of Mach 0.925, with two Rolls-Royce Pearl 10X engines on board. The jet’s cabin measures 6.7 feet (2.03 meters) high, 9.1 ft (2.8 m) wide, and 53.8 ft (16.4 m) long, and has space to configure zones of varying sizes for a customized interior in lieu of four zones of equal size. A next-generation cabin filtration system and 40 extra-large windows are among the aircraft’s other state-of-the-art features.

Controller.com has a large selection of new and used Dassault Aviation aircraft for sale every day, including Falcon 7X, 8X, 900, and 2000 models.