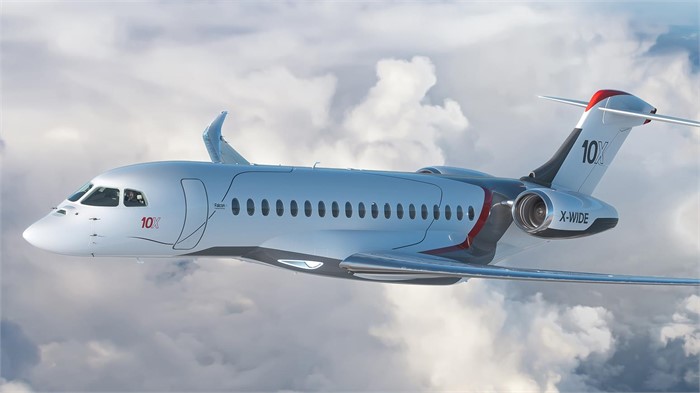 Dassault Aviation introduced the all-new Falcon 10X executive jet model to its business jet lineup in early May, and to say that Dassault Aviation Chairman and CEO Eric Trappier is bullish on the aircraft’s prospects would be a bit of an understatement.

“The 10X will be more than just another big step forward in business aviation. It will be absolutely the best business jet available in the ultra-long-range category, and will remain so for a long time,” Trappier says. “We have set the bar for our new Falcon incredibly high. But I can confidently say that we have put this aircraft at the top of the market.” 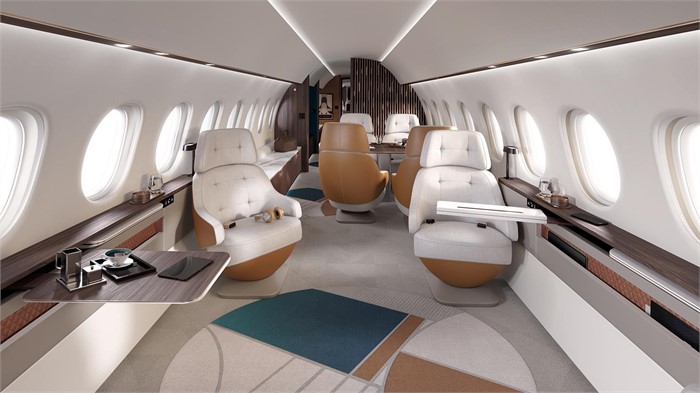 Dassault says the Falcon 10X’s 2,780-cubic-foot cabin volume gives the jet the largest interior of any business jet, one that measures nearly 8 inches wider than the nearest competitor. (Photo courtesy of Dassault Aviation.)

Dassault expects the Falcon 10X to enter service by the end of 2025, complete with a cabin the aerospace manufacturer says will provide class-leading modularity. The cabin provides space for four distinct zones, but owners can customize the area in numerous ways, including creating an expanded dining/conference area or a master suite with a private, stand-up shower. Dassault says the jet’s cabin cross section measures larger than that of some regional jets. The aircraft’s cabin measures 6.7 feet (2.03 meters) high by 9.1 ft (2.8 m) wide by 53.8 ft (16.4 m) long.

The roomy, flexible cabin complements what Dassault says will be an unrivalled passenger experience whether making short or long flights. Passengers will benefit from the lighting of 38 extra-large windows, a 3,000-ft (914-m) cabin pressure altitude experience while flying at 41,000 ft (12,500 m), and a next-generation cabin filtration system. Passengers can also look forward to Ka-band network internet connectivity, and Dassault says the Falcon 10X’s cabin will be at least as quiet as the Falcon 8X’s cabin, which the company says is business aviation’s quietest. 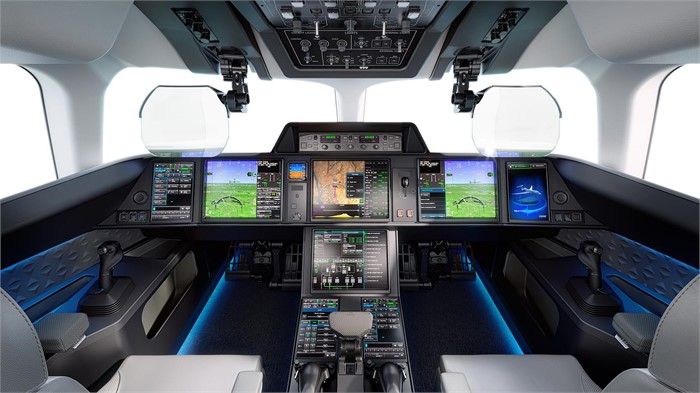 The Falcon 10X’s wings are constructed of carbon fiber composites and use advanced, retractable high-lift devices that Dassault says provide superior maneuverability at low-approach speeds. The aircraft’s Rolls Royce Pearl 10X engine, still in development, will deliver over 18,000 pounds of thrust and will be the largest, most powerful variant in the Pearl engine series. The Falcon 10X will use two of the cutting-edge power plants to provide a 7,500-nautical-mile (13,900-kilometer) range and a maximum speed of Mach 0.925. With eight passengers and four crew members onboard, the jet will fly nonstop at Mach 0.85 from New York to Shanghai, Hong Kong to New York, Los Angeles to Sydney, or Paris to Santiago.

The aircraft’s flight deck features touchscreens throughout the cockpit, and its Digital Flight Control System (DFCS) stems from the latest military technology used in Dassault’s Rafale fighter aircraft. Features include a new single-button recovery mode, and a single smart throttle that functions as the primary power control. The smart throttle will connect the jet’s two Pearl engines to the DFCS, which will automatically manage each engine’s power according to various flight scenarios. 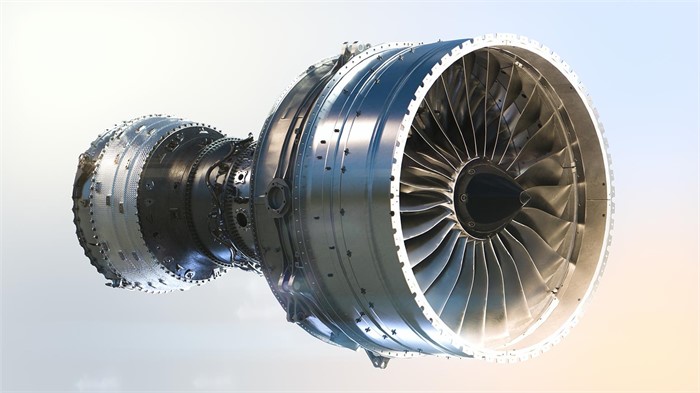 The Falcon 10X will be powered by a pair of brand-new Rolls Royce Pearl 10X engines, each providing more than 18,000 pounds of thrust. (Photo courtesy of Dassault Aviation.)

Controller.com offers a big selection of new and used Dassault Aviation aircraft for sale every day, including Falcon 7Xs, 8Xs, 900s, and 2000s.