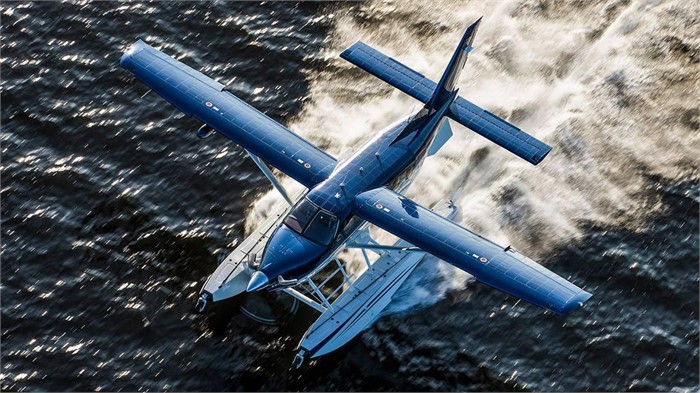 Daher has named NeBeSci as its dealership in the Philippines for its Kodiak 100 series of single-engine turboprops. Daher recently introduced and completed the first delivery of its new float-ready Kodiak 100 Series III model. (Photo courtesy of Daher.)

Daher has tabbed NeBeSci as its designated dealer in the Philippines for its single-engine Kodiak-series turboprop aircraft, which includes the multi-purpose Kodiak 100 Series III model introduced in late March. NeBeSci is situated between the Manila Bay and Laguna Lake in Paranaque just south of Manila.

Well-Suited For The Philippine Archipelago

NeBeSci’s origins date to 1995.; the firm deals in international trade and offers services for start-ups, but has a particular focus on aviation sales and services. Company CEO Sven Schubert established the aviation division, which also represents Piper Aircraft, in 2000. Schubert says the Kodiak 100 is a good fit for the region.

“With its state-of-the-art avionics—backed by proven reliability and versatility—the Kodiak 100 is well-suited to the diverse missions and operating conditions in the Philippine Archipelago,” Schubert says. “This aircraft is perfectly aligned with our slogan at NeBeSci: ‘Let us invite you to fly different.’”

Paul Branham, Kodiak sales director for Europe, Africa, Australia, and Asia, says the Philippines holds promise for the Kodiak due to the aircraft’s numerous capabilities and short takeoff and landing performance. “We foresee a wide range of applications, from individual ownership, tourism, and recreational use to such missions as mapping, surveillance, and border patrol,” he says, adding that the Kodiak 100 will also serve regional and business transportation needs.

The newly updated 10-seat Kodiak 100 Series III is a float-ready model that’s approved for uneven and unimproved runways. It’s also available in an eight-seat Executive Edition version featuring club-style seating. Equipped with a Pratt & Whitney Canada PT6A-34 engine, the plane has a 3,530-pound (1,601-kilogram) useful load that Daher says opens it up to special-mission, medevac, skydiving, and other applications.

Controller.com offers a selection of new and used Daher aircraft for sale every day, including Kodiaks as well as Daher’s TBM 910 and TBM 940 turboprops.