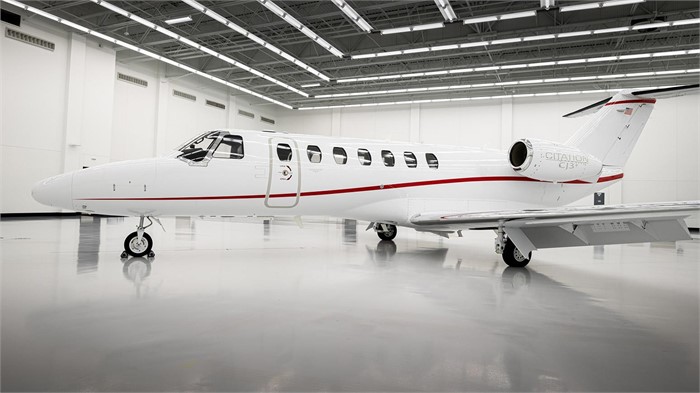 An unnamed North American customer has received the 600th delivery of an aircraft from the Cessna Citation CJ3 series, which brand owner Textron Aviation says is the industry’s best-selling family of light jets. Cessna has delivered more than 5,000 light jets worldwide, including Citation M2, CJ3+, and CJ4 Gen2 aircraft. The 600th CJ3 series milestone occurred in early April and involved a CJ3+, which Textron bills as the “ultimate utility player.” Cessna first announced the Citation CJ3+ in 2014.

Cessna Senior Vice President of Global Sales and Flight Operation Lannie O’Bannon says the CJ3 Series and the nine-seat CJ3+ are both strong performers. During a time when COVID-19-related limitations have led customers to look to commercial aviation alternatives, he says, the CJ3+ provides a versatile option. “Since joining the Citation family, the Citation CJ3 series has proven to be an incredible performer for customers around the world with the connectivity, price, range, and efficient operation that puts it at the top of its category,” he says.

The single-pilot Citation CJ3+ is equipped with Garmin G3000 avionics and twin Williams International FJ44-3A engines, and has a 2,040-nautical-mile (3,778-kilometer) flight range and a max cruise speed of 416 ktas. The jet can transport four passengers nonstop from Washington D.C. to Mexico City, London to Moscow, Shanghai to Bangkok, or Lima to Sao Paulo. The CJ3+ is designed to provide “the most efficient flight profile,” Cessna notes, pointing to the jet’s ability to on average burn 10% less fuel and cost 5% less in maintenance per flight hour compared to other light jet aircraft. 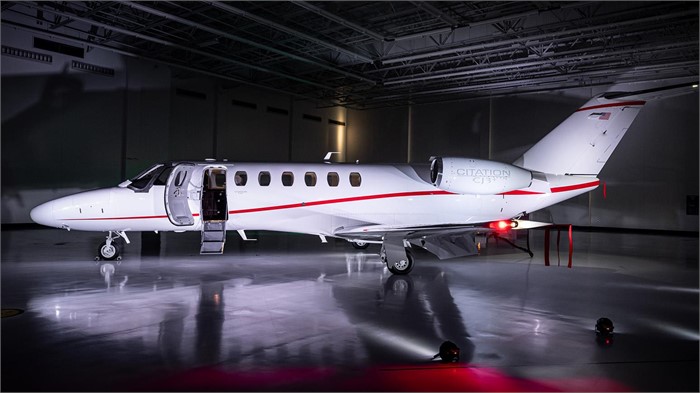 The single-pilot Citation CJ3+ is equipped with Garmin G3000 avionics and twin Williams International FJ44-3A engines, and has a 2,040-nautical-mile flight range and a max cruise speed of 416 ktas. (Photo courtesy of Textron Aviation.)

The CJ3+ benefits from a computer-sculpted airfoil wing design and a fully digital dual-channel autopilot system that’s powered by a Garmin GFC 700 control system. The jet has a fresh air system that brings air from outside the plane into the interior through the engines that helps maintain clean cabin air and eliminate pathogens and germs.

You’ll find hundreds of new and used Cessnas for sale every day on Controller.com, including Citation CJ3, CJ3+, CJ4, and M2 aircraft.

To determine how much specific aircraft will cost your organization over time, and to compare the operating costs of multiple types of aircraft, visit Aircraft Cost Calculator.