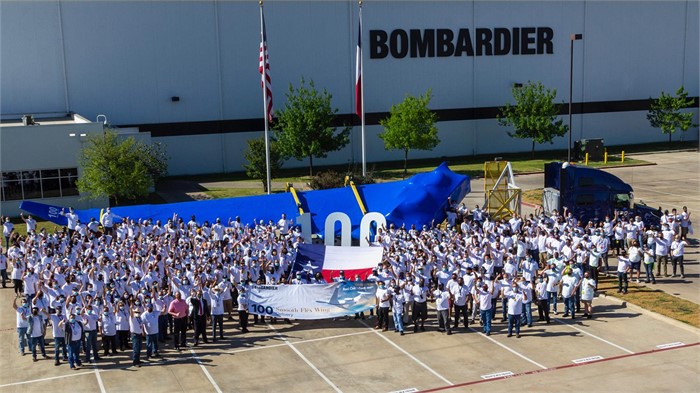 Bombardier says the 600-plus employees who work at its facility in Red Oak, Texas, where Global 7500 wings are manufactured play a key role in the wing program’s success. (Photo courtesy of Bombardier.)

Bombardier recently put the finishing touches on the 100th wing manufactured for its 19-passenger Global 7500 business jet. The completion occurred at its facility in Red Oak, Texas, where the aerospace company manufactures the wing. Bombardier credits the high-speed transonic wing for helping cut down on drag, reducing fuel burn, and lowering emissions while simultaneously enabling a smooth ride and excellent short-field and high-speed performance. Bombardier recently delivered the 50th Global 7500.

The Global 7500 was introduced in 2018. Since then, it has recorded a 99.7% dispatch reliability rate and been the industry’s highest-performing aircraft, Bombardier says. Records set by the jet include the longest city-pair flight by a purpose-built business aircraft, recorded during a nonstop flight connecting Sydney and Detroit. Bombardier says the aircraft is the industry’s only business jet with four living spaces, a dedicated crew suite, and a kitchen. 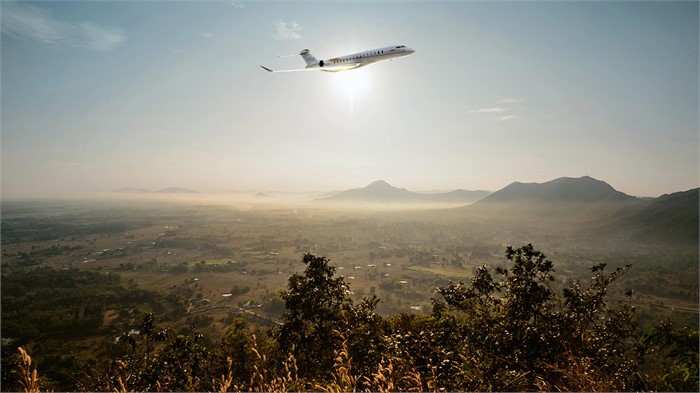 Bombardier recently completed the 100th wing for its Global 7500 business jet, which the company says has a 99.7% dispatch reliability rate. (Photo courtesy of Bombardier.)

You’ll find a large selection of new and used Bombardier aircraft for sale every day on Controller.com, including jet aircraft like the Global 7500.