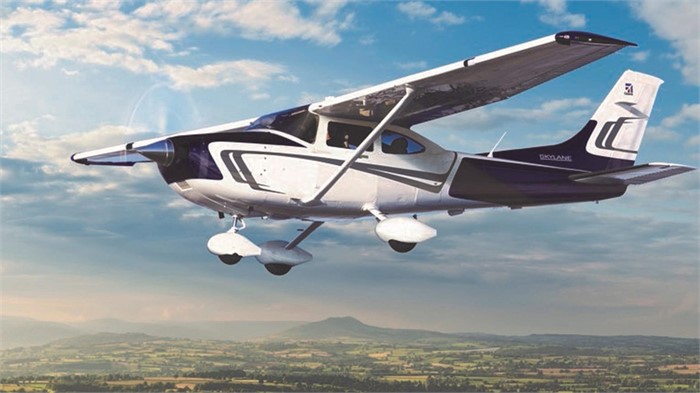 Textron Aviation recently marked the 65th anniversary since the Cessna Skylane 182 single-piston airplane earned its type certification. Since March 2, 1965, Textron has delivered more than 23,000 Skylane aircraft to owners around the world. (Photo courtesy of Textron Aviation.)

Textron Aviation is marking 65 years of service for its single-engine piston Cessna Skylane 182 this week. The aircraft received its type certification on March 2, 1965. Since then, more than 23,000 Skylane 182 aircraft have been delivered worldwide. Today, the four-seat model remains popular with aviation enthusiasts for the “adventure and freedom it provides,” Textron says.

In commemorating the anniversary, Textron highlighted the story of Butch Caneva, who bought a Skylane 182 in the 1960s that he used to fly his family on trips across the Midwest. Although he sold the plane (called “Old Green Plane”) in the mid-1970s, his son Collin says he longed to return it to the family one day. On the fourth anniversary of Butch’s death in 2012, Collin Caneva did just that. 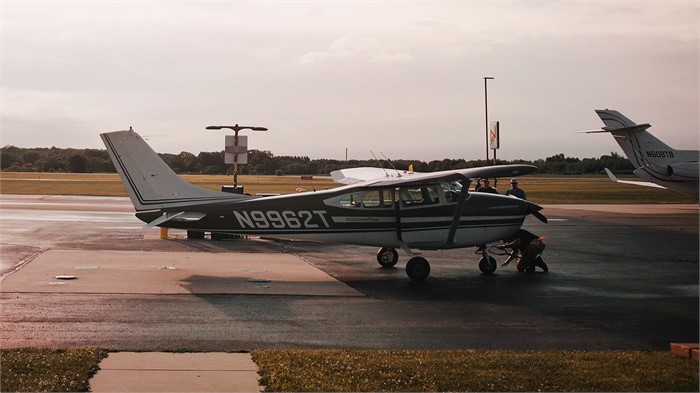 These days, Caneva and business partner, Craig Spilker, host a YouTube series called “Old Green Plane” that’s “about two guys, a green plane with a story of its own, and the many amazing stories of the people and places we find interesting.” The pair recently visited Textron’s facilities, where they flew the 1960s Skylane 182, plus one straight from the factory, with Rob Scholl, Textron senior vice president of sales. “If you’re in aviation and you don’t own at least one 182 in your life, then you’re doing something wrong,” Caneva says.

Controller.com is where aircraft buyers turn to a huge selection of new and used Cessna aircraft for sale, include Cessna Skylane 182s.