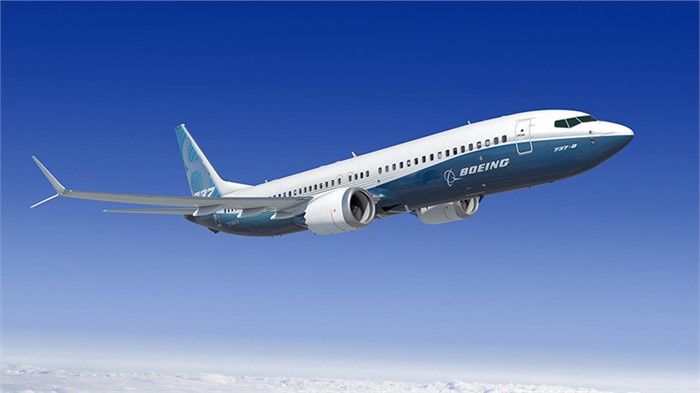 Boeing and Southwest Airlines announced a deal in late March in which Southwest placed 100 firm orders for Boeing 737 MAX aircraft. Southwest also has 155 options for either 737 MAX 7 or 737 MAX 8 aircraft. The deal could result in Boeing building more than 600 new 737 MAX planes for Southwest through 2031. (Photo courtesy of Boeing.)

Boeing and Southwest Airlines announced this week that the commercial airline has placed a firm order for 100 Boeing 737 MAX 7 airplanes, the first 30 of which will be delivered next year. Southwest also has options for 155 additional 737 MAX 7 or 737 MAX 8 planes from 2022 to 2029. The order from the 737 MAX family—which was grounded for roughly two years following fatal crashes involving the aircraft in 2018 and 2019—brings Southwest’s commitment to 600-plus 737 MAX jets through 2031. Southwest has been operating older Boeing 737-series aircraft for about 50 years.

“In addition to supporting our efforts to operate sustainably and efficiently, the 737 MAX offers employees and customers travel comforts such as a quieter cabin, larger overhead bin spaces, seating with adjustable headrests, and more galley space for onboard service,” says Southwest COO Mike Van de Ven.

Southwest says new 737 MAX planes will replace older Boeing 737-700 planes in its fleet. The airline conducted a multi-year evaluation of the 737 MAX before finalizing this deal. The agreement puts its order book at 200 firm orders for 737 MAX 7 aircraft and 149 firm orders for 737 MAX 8 aircraft. It also has 270 options for either of the two models from 2021 to 2031. Southwest’s previous order book included 249 MAX firm orders and 115 MAX options for MAX 7 and MAX 8 variants from 2021 to 2026, it says. Boeing notes that Southwest is also planning to add more 737 MAX jets via third-party lessors.

Boeing says the order will help steady its largest commercial program and its suppliers. “Southwest Airlines has long been a leader and bellwether for the airline industry, and this order is a big vote of confidence for commercial air travel,” says Stan Deal, Boeing Commercial Airplanes President and CEO. “Their fleet decision today brings more stability for our biggest commercial program and will ensure that our entire 737 family will be building new airplanes for Southwest for years to come.”

You'll find a big variety of new and used Boeing aircraft for sale every day on Controller.com.