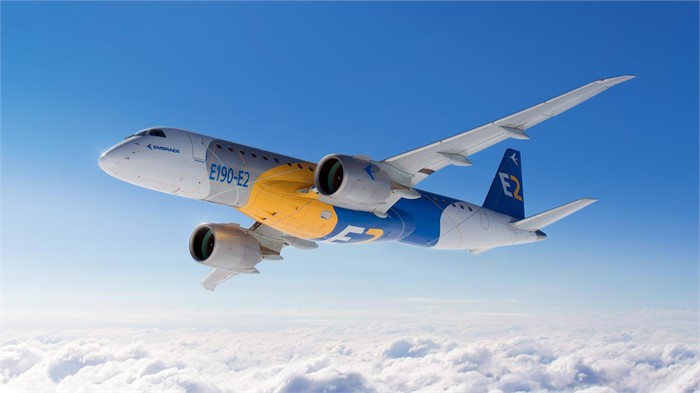 Embraer recently released technical guidance for applying UV-C lights for cockpit sanitization and disinfectants and coatings for cabin surfaces in its commercial aircraft designed to “effectively eliminate or inactivate a microorganism or virus in the flight deck and the passenger cabin.”. (Photo courtesy of Embraer.)

Brazilian commercial and executive aircraft manufacturer Embraer this week released technical guidance concerning its commercial aircraft for applying UV-C lights for cockpit sanitization and disinfectants and coatings for cabin surfaces. Guidance covers the EMB120 Brasilia, ERJ 145, E-Jets, and E-Jet E2 lineups. Based on its specifications, Embraer says UV-C lights usage in the flight deck area will “eliminate the COVID-19 virus.” It adds that it developed the aircraft materials-compatible disinfectants based on extensive testing and ease of application for all passenger cabin and cockpit surfaces.

“Embraer is always working on pursuit of solutions that support its customers and their operations,” says Johann Bordais, Embraer Services and Support president and CEO. “The main goal of this guidance is to effectively eliminate or inactivate a microorganism or virus in the flight deck and the passenger cabin through an effective, yet easy procedure.”

Embraer says it has also approved usage of MicroShield360 and Bacoban, long-lasting preventative coating systems that “continuously inhibit the growth of microorganisms, viruses, and bacteria” on cabin surfaces. In addition, the manufacturer released a service bulletin that allows ERJ 145 operators to install HEPA (high-efficiency particulate air) filters. HEPA filters are standard on all E-Jets and E-Jets E2 variants, and capture 99.97% of airborne particles and such other biological contaminants as bacteria, viruses, and fungi, it says. The filter is also standard with the firm’s Praetor 500 and Praetor 600 executive jets.

Last December, Embraer released technical guidance outlining transportation characteristics and payload requirements for its commercial aircraft when transporting COVID-19 vaccines. Doing so requires low temperatures that can be maintained through the use of dry ice. Embraer says its commercial aircraft can transport more than 100,000 vaccines depending on the aircraft configuration and containers used. Guidance includes how operators can load and unload each aircraft.