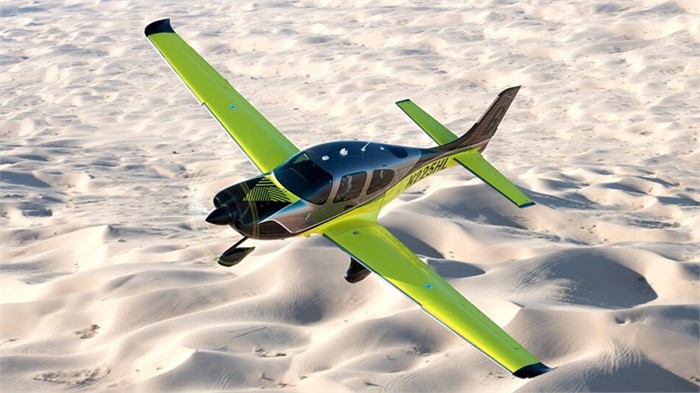 Along with the 8,000th delivery, SR Series aircraft will surpass 11 million total flight hours this year as accumulated in more than 60 countries worldwide. The 8000 Limited Edition SR Series honoring these accomplishments will feature what Cirrus says is an industry-first Volt wing paint scheme that presents “unmistakable graphics and colors” extending into the plane’s interior with Volt stitching and embroidery on the door.

Cirrus Aircraft CEO Zean Nielsen says the SR Series has charted an incredible history of innovation, evolution, and invention. “Our team took that as inspiration to create a Limited Edition that breaks out of the boundaries of traditional aircraft design to reflect the energy and excitement of where we are going next,” he says.

Controller.com offers a big selection of new and used Cirrus aircraft for sale every day, including SR20s, SR22s, and Visions.