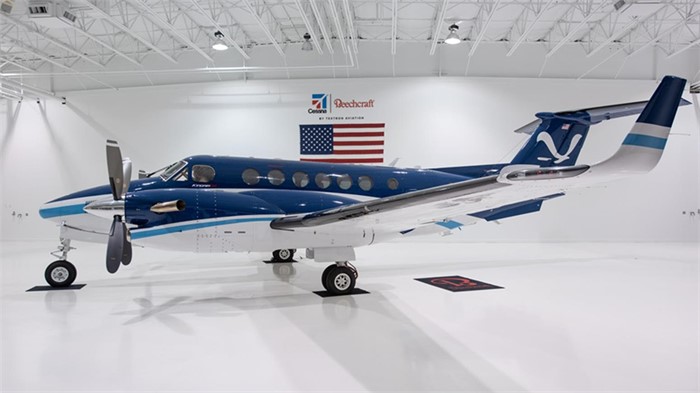 King Of The Air

The NOAA’s King Air 350CER aircraft can collect mission information while remaining airborne for up to eight hours. The aircraft has been configured with dual-sensor ports that allow for simultaneous data collection from multiple onboard sensors. NOAA also can modify the optical-grade glass plates in the sensor ports to allow the cabin to remain pressurized—or the optical plates can be removed, and the aircraft operated unpressurized.