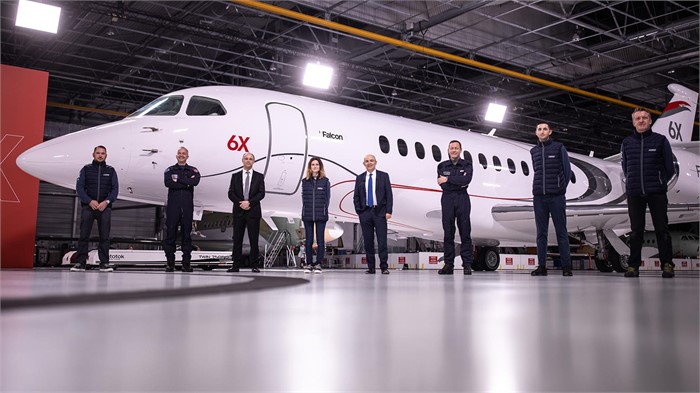 Dassault Aviation unveiled the newest member of its Falcon family of business jets, the Falcon 6X, on December 8. Despite roadblocks COVID-19 placed in the manufacturer’s path, Chairman Eric Trappier says Dassault and its partners have demonstrated “exceptional perseverance and cooperation,” culminating in the event, which was live-streamed to global customers and operators from its final assembly plant in France. Dassault presented the ultra-widebody twin-engine jet, calling it the “most spacious, advanced, and versatile twinjet in the long-range business jet segment.” A replay of the event is available on Dassault’s website.

On To The Maiden Flight

Dassault says the stage is now set for completing the 16-passenger Falcon 6X’s ground test program and performing extensive system checks prior to the jet’s maiden flight in early 2021 and entry into service in 2022. In recent months, Dassault says Pratt & Whitney Canada finished ground and flight tests on the aircraft’s PW812D turbofan engine, which propels the just to its range of 5,500 nautical miles (10,186 kilometers) and its top speed of Mach 0.90. Typical missions at long-range cruise speed include Los Angeles to Geneva, Beijing to San Francisco, and London to Los Angeles. 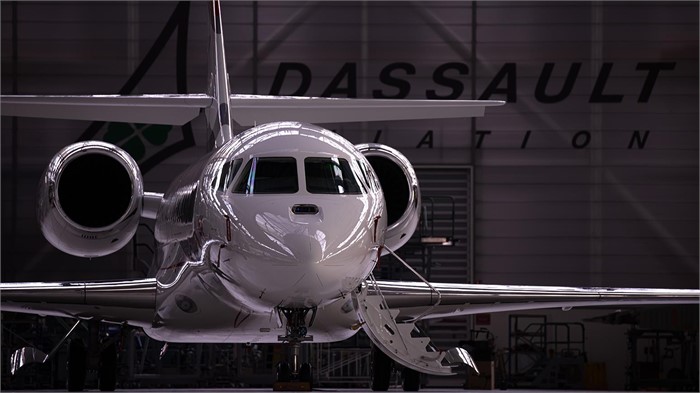 Visit Controller.com for a big selection of new and used Dassault Aviation aircraft for sale, including the manufacturer’s 7X, 8X, 50, 900, and 2000 business jets.