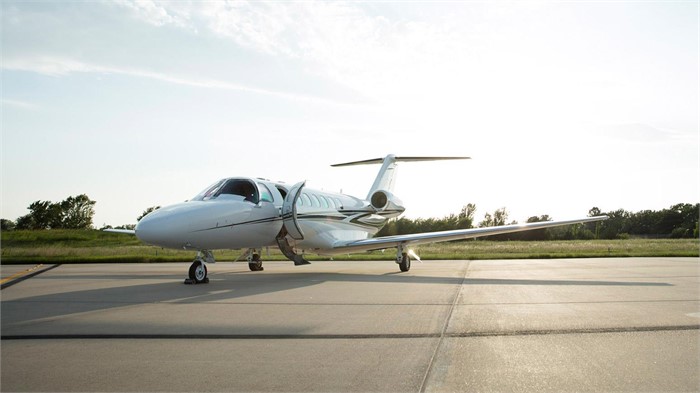 Textron Aviation recently announced it will offer a new repair process for the main landing gear of Cessna Citation CJ series aircraft, enabling engineers to repair instead of replace the gear if it incurs significant damage. (Photo courtesy of Textron Aviation.)

Cessna brand owner Textron Aviation is expanding its service offerings with a new repair process for the main landing gear (MLG) of Cessna’s Citation CJ-series aircraft. In the final stages of certification, the process will allow engineers to repair rather than replace the MLG, resulting in considerable operating cost savings for customers.

Textron, also owner of the Beechcraft and Hawker brands, is working with Able Aerospace, a company it acquired in 2016, on the project. Able Aerospace supplies MRO (maintenance, repair, overhaul) components, approved replacement parts, and completion services.

Textron has done initial testing of the process on the nine-passenger, 2,040-nautical-mile (3,778-kilometer) Cessna Citation CJ3 jet; the company says it has successfully completed equivalent static and cyclic testing of the CJ3 MLG to five lifetimes, or 75,000 landings. Plans are in the works to add other CJ-series models to the mix next year, and given the importance of long-term operating cost for owners and operators, Textron says it may offer MLG repairs for its upcoming Cessna SkyCourier and Denali turboprops.

“The desire to have the option to repair instead of replace CJ landing gear is something we’ve been hearing from our customers, so we are excited about this solution in response to their feedback,” says Brian Rohloff, senior vice president, Customer Support. “Currently, any amount of significant damage to landing gear requires replacement, which is a costly and time-consuming process. We are pleased to be able to solve this pain point and ultimately reduce operating costs for our customers while minimizing downtime by providing them with a rental asset while we repair their gear.”