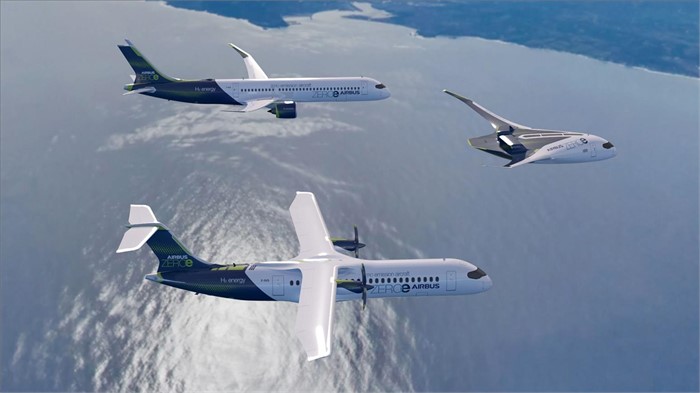 Airbus is exploring various technologies and planning ahead to achieve zero-emission flight with commercial aircraft. The company recently revealed three concepts—all code-named “ZEROe”—based on hydrogen-powered propulsion. Airbus believes that hydrogen holds the most promise as a clean aviation fuel for climate-neutral targets.

“These concepts will help us explore and mature the design and layout of the world’s first climate-neutral, zero-emission commercial aircraft, which we aim to put into service by 2035,” says Airbus CEO Guillaume Faury. “The transition to hydrogen, as the primary power source for these concept planes, will require decisive action from the entire aviation ecosystem.”

With a theoretical range of more than 2,000 nautical miles (3,700 kilometers) and room for between 120 and 200 passengers, Airbus’ turbofan design would be capable of transcontinental operation. It would be powered by a modified gas-turbine engine running on hydrogen rather than jet fuel; liquid hydrogen would be stored in and distributed by tanks located behind the rear pressure bulkhead. 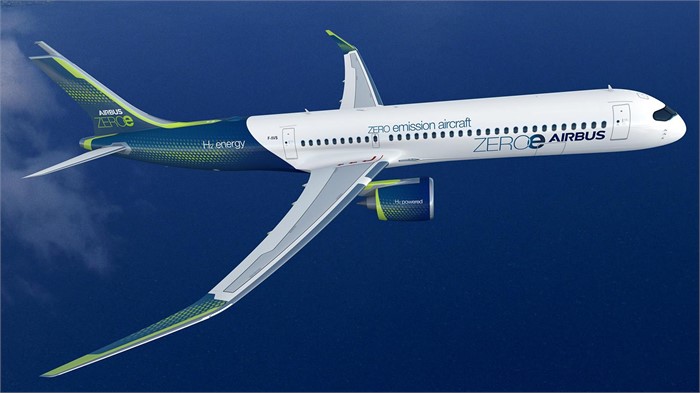 In the turbofan configuration, two hybrid hydrogen turbofan engines provide thrust, while the liquid hydrogen storage and distribution system is located behind the rear pressure bulkhead. (Photo courtesy of Airbus.)

Airbus’ turboprop design would be more suitable for short-haul trips, having a theoretical range of 1,000 nm (1,852 km) and room for up to 100 passengers. In this concept, Airbus proposes using a turboprop engine powered by hydrogen combustion in modified gas-turbine engines.

Breaking away from conventional aircraft designs, the “blended-wing body” design features wings that merge with the main body of the aircraft. The wide fuselage is appealing because it opens up multiple options for hydrogen storage and distribution, and for cabin layout, while in concept providing a range similar to the turbofan design and room for up to 200 passengers.

For these concepts to be functional in the future, Airbus points out that airports will require significant hydrogen transport and refueling infrastructure to meet the needs of day-to-day operations. Government support will likely need to be part of the solution, too. 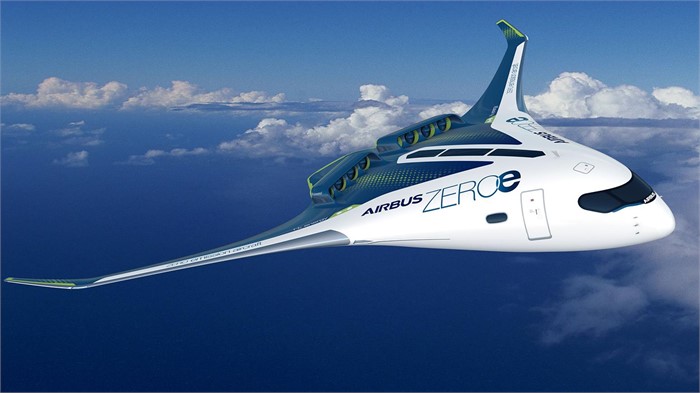 “Together with the support from government and industrial partners, we can rise up to this challenge to scale-up renewable energy and hydrogen for the sustainable future of the aviation industry,” says Faury.

You’ll find numerous new and used Airbus aircraft for sale every day on Controller.com, including ACJ319s, ACJ318s, A330s, and A340s, as well as Airbus H125 helicopters.