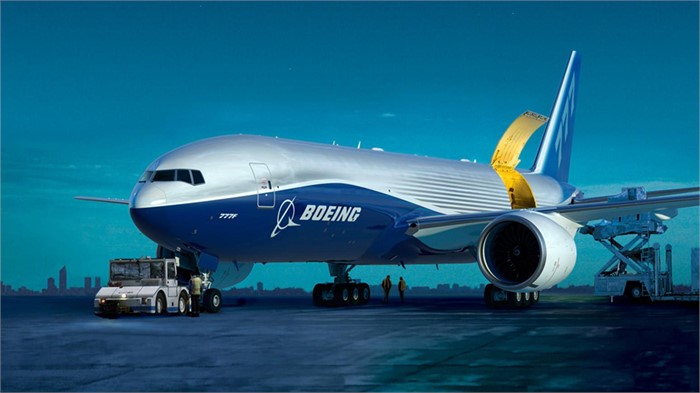 Boeing recently announced that it delivered a 777 Freighter aircraft to Volga-Dnepr Group, a Russian company operating in the outsize and heavyweight airfreight market. (Photo courtesy of Boeing.)

Boeing reported in mid-August it has delivered a twin-engine 777 Freighter to Volga-Dnepr Group, a Russia-based company that claims to be the world leader in the outsize and heavyweight airfreight market. The company already had a fleet of 22 Boeing freighters, and is reportedly among the world’s largest Boeing freighter operators, but this is its first 777 Freighter. AirBridgeCargo, a Russian cargo carrier and subsidiary of Volga-Dnepr, will operate the 777F via a sale-leaseback agreement inked with Dubai Aerospace Enterprise.

Boeing says it provides more than 90% of the world’s dedicated freighter capacity. Since launching the 777 Freighter program in 2005, the aerospace manufacturer says customers have ordered 231 units; Volga-Dnepr now becomes the 19th 777F operator. Boeing says that as of 2017 it had 1,870 freighters in service and expects 3,260 in service by 2037.

You’ll find a huge selection of new and used Boeing aircraft for sale every day on Controller.com, including an ever-changing selection of 777s, 737s, and others.