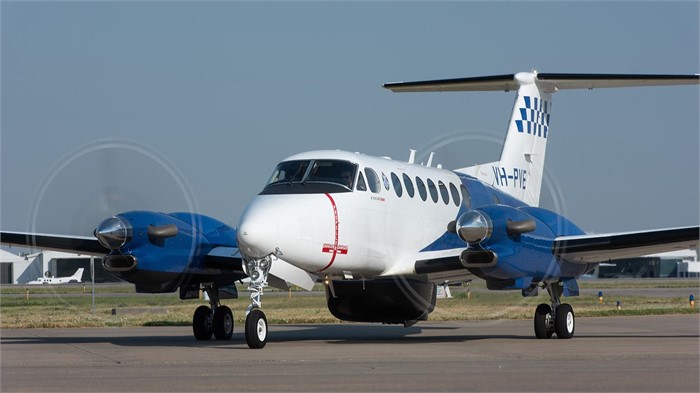 The police force for the state of Victoria in Australia has a new twin-engine Beechcraft King Air 350ER turboprop at its disposal. The plane has been assigned to the Victoria Police Air Wing (VPAW) program and its team of tactical flight officers. Beechcraft brand owner Textron Aviation delivered the aircraft to aviation services provider Skytraders, which was founded in 1979 and which currently operates and maintains aircraft for the Victoria Police.

“The King Air 350ER will undertake a wide variety of roles and enhance aviation capabilities of Victoria Police,” says Victoria Police Aviation Program Director Ashley Bellamy. “With extended endurance and range, it will complement our helicopters by providing a valuable, uninterrupted observation platform that will support police across the state.”

You’ll find hundreds of new and used Beechcraft aircraft for sale every day on Controller.com, including turboprops like King Air 350ERs and King Air 350is.