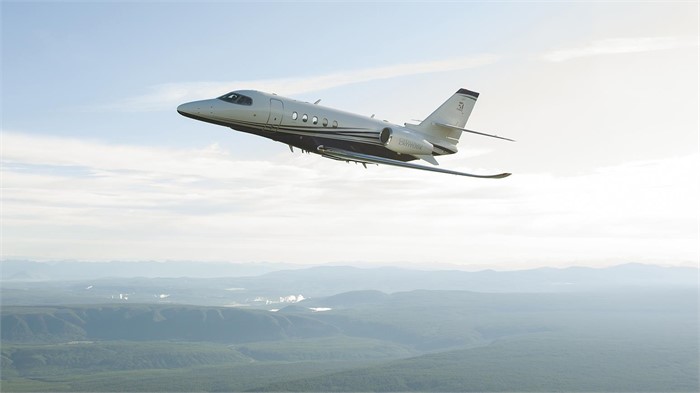 If you’re curious as to how the Cessna Citation Latitude has performed since Textron Aviation released it five years ago, Textron is happy to tell you. In line with the Latitude’s fifth anniversary in August, Textron says it has shipped 240 of the “world’s most-delivered midsize business jet for four consecutive years,” adding that the nine-passenger Latitude now represents 40% of all midsize business jets delivered since 2015. Textron also points out that the Latitude is certified in more than 40 countries and has passed 320,000 fleet hours.

“Five years since its introduction, the Citation Latitude is now an industry icon,” says Textron Aviation Senior Vice President of Sales Rob Scholl. “Business travelers were the first to appreciate its versatility and comfortable cabin which makes the jet ideal for business productivity and leisure alike. Today, the jet’s innovative design has enabled its deployment in a variety of applications, from European air ambulance operators to the Japan Air Self-Defense Force, which in April of this year took delivery of two Citation Latitude jets configured for flight inspection.”

Able to fly nonstop from Los Angeles to New York, the Latitude has a 2,700-nautical-mile (5,000-kilometer) range with four passengers at a top cruise speed of 446 ktas (825-km/h) to go along with what Textron says is a class-leading 3,580-foot (1,090-meter) take-off field length. The jet is equipped with twin Pratt & Whitney Canada PW306D1 engines, and it’s one of 13 commercial turbine aircraft in Textron’s fleet that can fly using sustainable aviation fuel.

You’ll find a huge selection of new and used Cessna aircraft for sale every day on Controller.com, Cessna business jets like the Latitude.