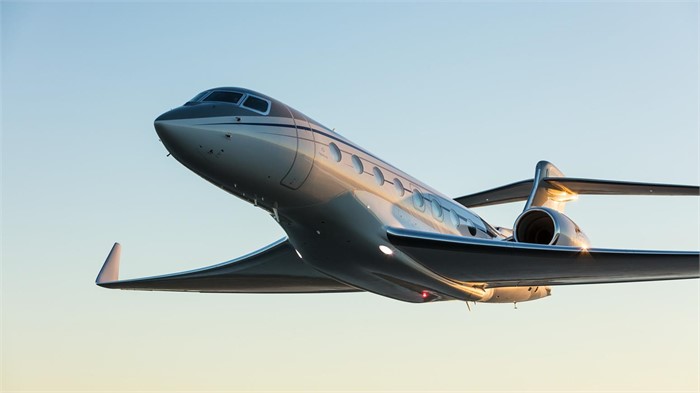 Gulfstream announced in mid-August that the FAA has given it approval to retrofit Gulfstream G650 and G650ER business jets with a high-speed, dual-band Ku/Ka internet system from Viasat. (G650ER shown; photo courtesy of Gulfstream.)

The FAA has given Gulfstream Aerospace approval to retrofit the company’s Gulfstream G650 and G650ER business jet models with a high-speed, dual-band Ku/Ka internet system from Viasat. In December, Gulfstream announced there are 400 aircraft from the G650 family now in service. Gulfstream also made the service available last year as a retrofit for its G550 and GV models.

Gulfstream says the dual-band system will give customers access to some of the industry’s fastest internet speeds. Customers will also have access to a streaming video service providing high-definition content “without compromising connectivity.” Derek Zimmerman, Gulfstream customer support president, says, “With the use of Viasat’s Ku/Ka dual band terminal that seamlessly switches between satellites, we can provide customers with fast and consistent coverage across the world.”

Viasat says its Ku- and Ka-band solutions provide service along 90% of the top flight paths, with more coverage coming in the near future. To add the option, Gulfstream customers must equip their aircraft with a radome, or protective cover for the antenna. The service is available at Gulfstream service centers in Georgia, Missouri, Wisconsin, Texas, California, and Massachusetts, as well as Farnborough in England. Other facilities will become available as needed, Gulfstream adds.

You’ll find a huge selection of new and used Gulfstream business jets for sale every day at Controller.com, including models like G650s, G650ERs, G550s, and GVs.