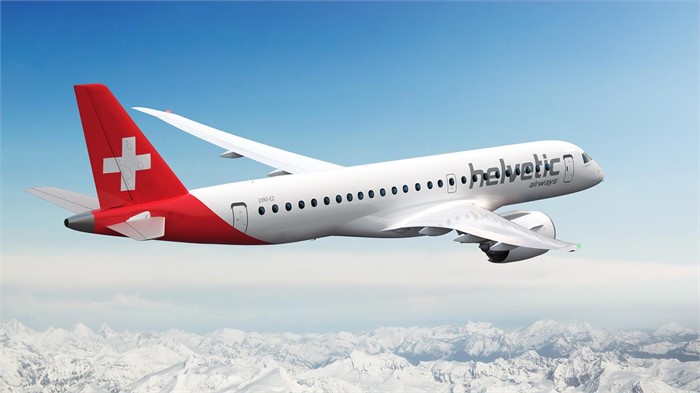 In addition to its Phenom, Legacy, Praetor, and Lineage executive jets, Brazil-based Embraer manufactures and sells such commercial aircraft as ERJ, first-generation E-Jets, and second-generation E-Jets E2 models. In early July, Embraer delivered its 1,600th E-Jet to Switzerland’s Helvetic Airways in the form of an E190-ER model. Embraer says airlines and leasing companies in 50 countries have added E-Jets to their fleets since first-generation E-Jets entered service in 2004.

According to Embraer, Helvetic Airways is in the process of transitioning its fleet from first-gen E-Jets to E2s. It received its first E190-ER last year, and has received four more since; the planes serve both domestic and international routes. Helvetic Airways also has a firm order to receive a dozen more E190-ERs, and purchase rights for another 12, albeit with conversion rights to Embraer’s E195-E2. The E2 lineup also includes the E175-ER. Overall, Embraer says the E-Jets family has taken 1,900-plus orders to date from more than 100 customers, and roughly 80 airlines are currently flying E-Jets. 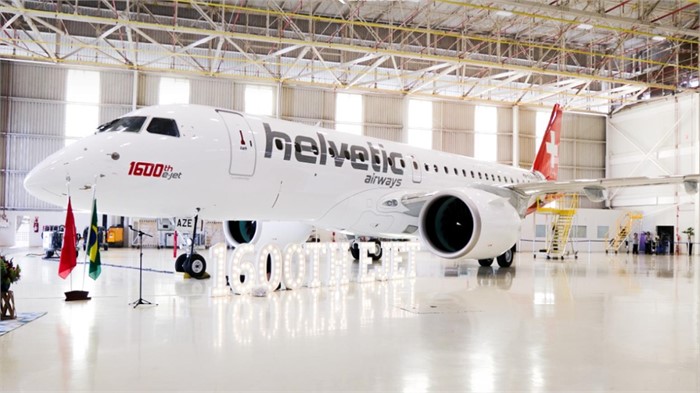 The Swiss carrier is using the single-aisle E190-ER to serve both domestic and international routes. (Photo courtesy of Embraer.)

Noting that Helvetic Airways is proud to receive an E2 “in these challenging times for our industry,” Helvetic Airways CEO Tobias Pogorevc said the carrier has received “very positive feedback” from passengers and crew concerning the E190-E2. “We couldn’t be happier with the aircraft’s performance. The fuel burn is even lower than expected, which makes the airplane even more environmentally friendly,” he says. Compared to the first-gen E190, Embraer says the E190-ER consumes 17.3% less fuel, making it the “most efficient single-aisle aircraft family on the market.”

Controller.com offers for-sale listings for a large selection of new and used Embraer Phenom, Legacy, and Lineage aircraft every day.