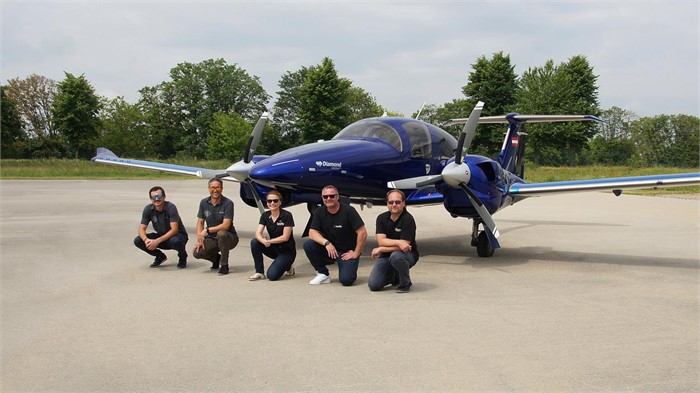 Diamond Aircraft and GeoFly, an aerial survey solutions provider based in Germany, have signed a contract that will provide GeoFly a turbine-based DA62 SurveyStar, the latest aircraft version from Diamond’s Special Mission Aircraft lineup, by year’s end. The aircraft will support GeoFly’s medium-height projects and missions that require very low and slow flight. “We are very excited about having a launch customer for the DA62 SurveyStar that is such a strong and professional player in the survey industry,” says Mario Spiegel, Diamond Aircraft sales manager for Europe and America.

“The Only Real Solution”

“We found the DA62 as the only real solution because it offers much longer maintenance intervals, jet-fuel usage, and has impressively low operating costs,” Damrau says. “Considering those advantages, we expect to lift our data acquisition for low- and medium-altitude flights into a totally new level of efficiency.” Spiegel similarly says the DA62 SurveyStar addresses reliability, parts availability, and other common weak points of current survey aircraft in the market. The SurveyStar’s combination of a modern glass cockpit and jet-fuel usage, he says, “has great potential to revolutionize the survey market.”

Controller.com has a large selection of new and used Diamond Aircraft planes for sale every day, including a number of DA62s.