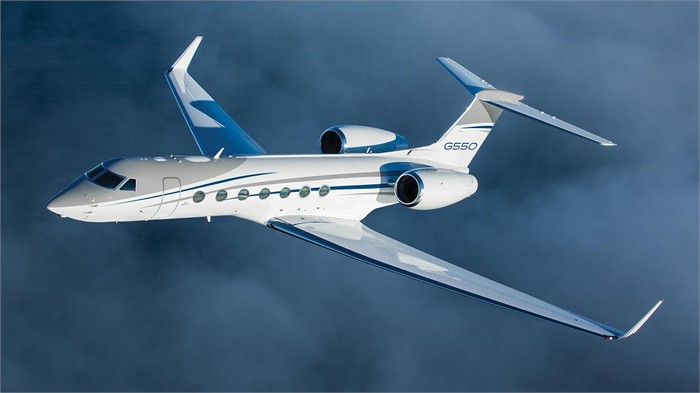 Gulfstream Aerospace reported in mid-June that it has sold its last commercially available G550 aircraft, which it will deliver to a customer next year. (Photo courtesy of Gulfstream.)

Gulfstream Aerospace announced in mid-June that it has sold its last commercially available G550 business jet, and has begun winding down production on the aircraft, which it says has “set the standard for large-cabin, long-range performance and reliability.” Gulfstream will deliver the last G550 to an unnamed customer next year, but says it will continue to support the G550 at its service centers worldwide as well as through parts production and procurement.

Introduced into 2000 and entered into service in 2003, the G550 debuted as the launch platform for Gulfstream’s award-winning PlaneView flight deck that features an integrated glass flight deck and Gulfstream’s Enhanced Flight Vision System. The jet is also a Robert J. Collier Trophy winner and has set more than 55 speed-related records over the years. Gulfstream delivered the 600th G550 in December 2019, and noted then that 20% of all Gulfstream aircraft in service now are G550s.

Besides business applications, the jet can be configured for special missions and government applications. The jet can seat up to 19 passengers and sleep up to eight, and its 6-foot-high x 7-ft.-wide (1.83- x 2.13-meter) cabin can be configured with up to four living spaces. Equipped with dual Rolls-Royce BR710 engines, the G550 has a maximum range of 6,750 nautical miles (12,501 kilometers) and a top speed of Mach 0.885.

You’ll find a large selection of new and used Gulfstream aircraft for sale every day on Controller.com, including G550s, G650ERs, and G500s.