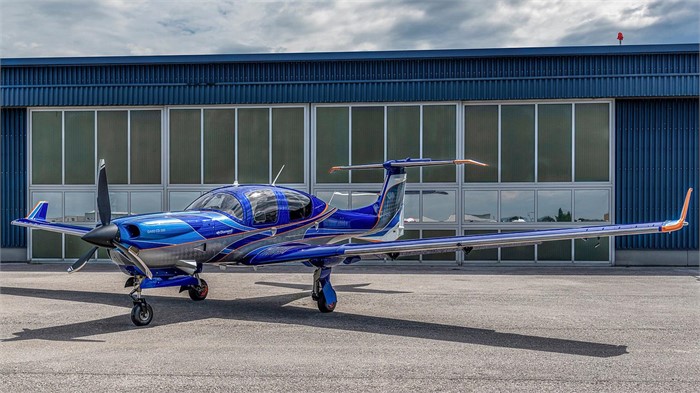 Although its launch was delayed by several months owing to coronavirus-related concerns, Diamond Aircraft’s all-new piston single-engine DA50 RG (retractable gear) is officially available to order for Eu customers, with deliveries scheduled to begin during the first quarter of 2021. The all-carbon fiber composite five-seater has an “extra-large luxurious cabin” that Diamond says is one of the “widest, most comfortable” in its class. The plane also comes equipped with a Garmin G1000 NXi flight deck with three-axis GFC700 Automated Flight Control System and a 300-horsepower (223.7-kilowatt) Continental CD-300 jet-fuel engine. 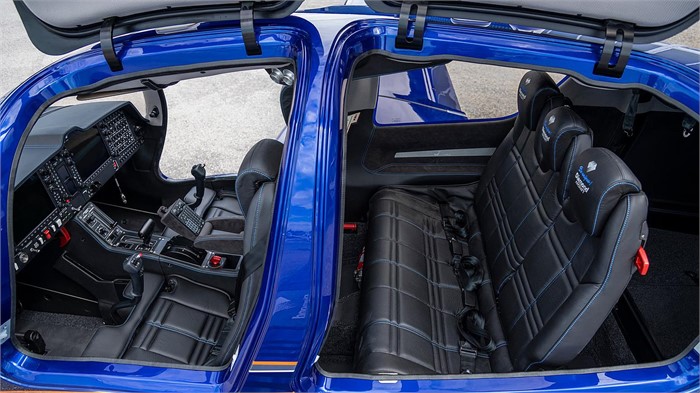 Diamond says the DA50 RG has one of the “widest, most comfortable” cabins in its class, featuring a 60/40 split-folding three-seat second-row bench, front seats with adjustable backrests, premium interior design, and LED lighting. (Photo courtesy of Diamond Aircraft.)

Diamond Aircraft expects the DA50 RG to receive European Union Aviation Safety (EASA) type certification by late summer and Federal Aviation Administration (FAA) certification by 2021’s end. The DA50 RG is part of the DA50 program introduced in 2017 which will eventually include five-, six-, and seven-seat variants in single- and twin-engine models. Not long after the introduction, Diamond altered its plans for the DA50’s engine, and partnered with Continental on the CD-300 jet-fuel model. Robert Stoppeck, Continental Aerospace Technologies CEO and president, says the DA50 RG’s carbon fiber construction paired with the engine “is redefining the expectations for general aviation aircraft.”

“We are very excited to be presenting the DA50 RG to the market,” says Diamond Aircraft Austria CEO Liqun Zhang. “She is offering so much—space, efficiency, luxury, comfort, safety and retractable gear on a single piston aircraft that will make everyone really stand out. We are convinced that our all-new DA50 RG will be the new star on the piston single market for private pilots needing more seats and space and charter operators looking for a low-cost alternative.” 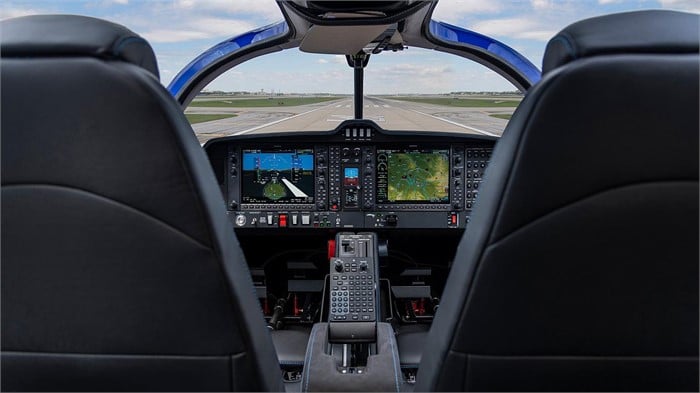 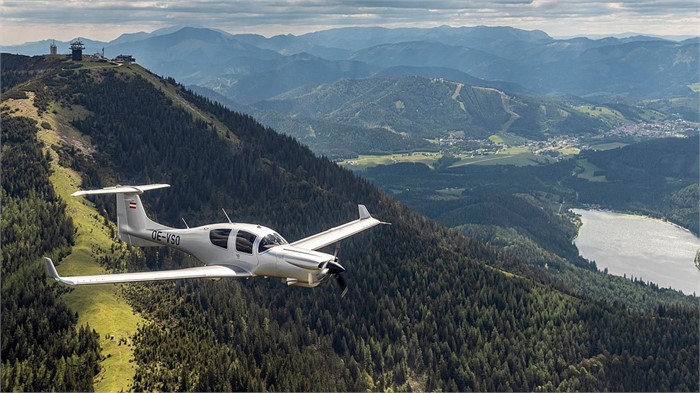 The DA50 RG is powered by a 300-horsepower Continental CD-300 jet-fuel engine; it has a maximum speed of 181 KTAS and a max range of 750 nautical miles. (Photo courtesy of Diamond Aircraft.)

Controller.com is your go-to source for a huge selection of new and used single- and twin-engine piston aircraft for sale, including a variety of Diamond Aircraft planes.