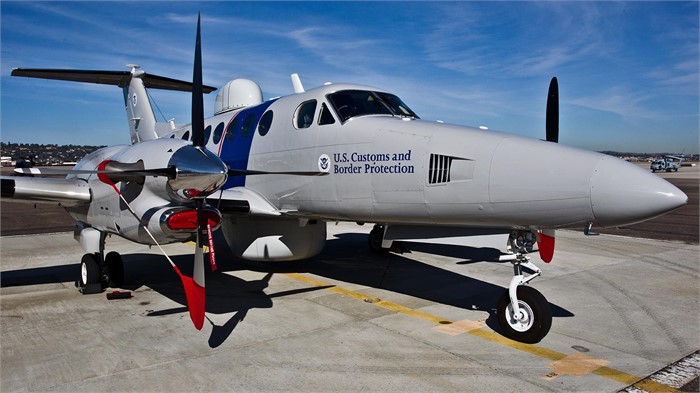 U.S. Customs and Border Protection Air and Marine Operations recently ordered two Beechcraft King Air 350CER turboprops that it will use in its aviation and maritime missions. (Photo courtesy of Textron Aviation.)

The U.S. Customs and Border Protection Air and Marine Operations recently added two Beechcraft King Air 350 aircraft to its existing fleet of 23. The agency uses the planes to “safeguard the United States homeland” as part of its aviation and maritime law enforcement operations, and the two newest turboprops in that fleet are 350CER planes that will serve in a multi-role enforcement aircraft (MEA) capacity. Beechcraft is a Textron Aviation brand, as are Cessna and Hawker.

Before the King Air 350CERs join the CBP’s fleet, they’ll undergo mission modification from Sierra Nevada Corporation. Textron Aviation Special Mission Sales Vice President Bob Gibbs says the planes can support six-hour missions and deploy to “hot spots where multi-sensor patrols assist both ground and marine agents to detect, interdict, and prevent acts of terrorism, as well as the unlawful movement of people, illegal drugs, and other contraband toward or across the borders of the United States.”

The King Air 350CER is an extended-range variant of the King Air 350i with an increased gross weight of 1,500 pounds (680 kilograms) and a larger, stronger main landing gear to support the aircraft’s increased fuel capacity of 775 gallons (2,934 liters), an increase of 236 gallons (893 liters). The tanks themselves are constructed of low-drag metal and are located aft of the powerplants. Higher gross weight and fuel capacity translates to greater mission flexibility, Textron says. 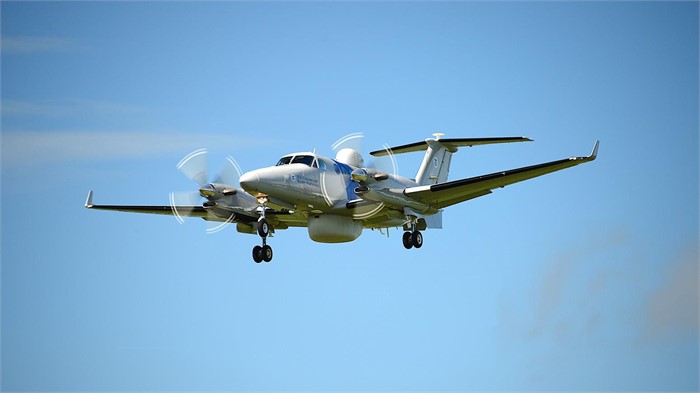 Controller.com has thousands of new and used Beechcraft, Cessna, and Hawker aircraft for sale every day, including Beechcraft models like King Air 350s.