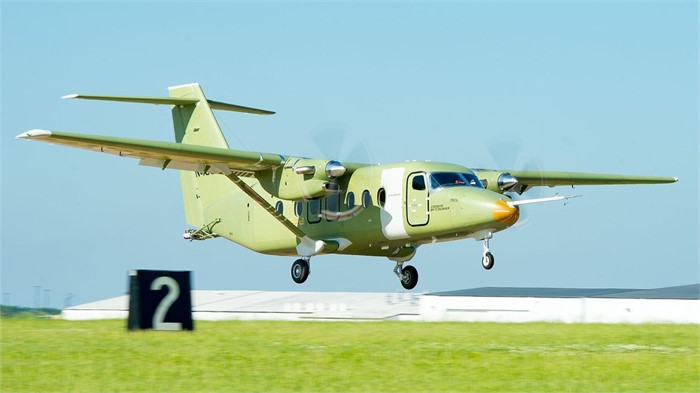 Textron Aviation President and CEO Ron Draper says the utility turboprop segment is in store for an “excellent product” with the upcoming Cessna SkyCourier. That’s due to the plane’s combination of “cabin flexibility, payload capability, superior performance, and low operating costs,” he says. The clean-sheet, twin-engine SkyCourier took a major step toward meeting those expectations when Textron, owner of the Cessna, Beechcraft, and Hawker brands, completed the SkyCourier prototype’s first flight on May 17, thus launching the plane’s flight test program. 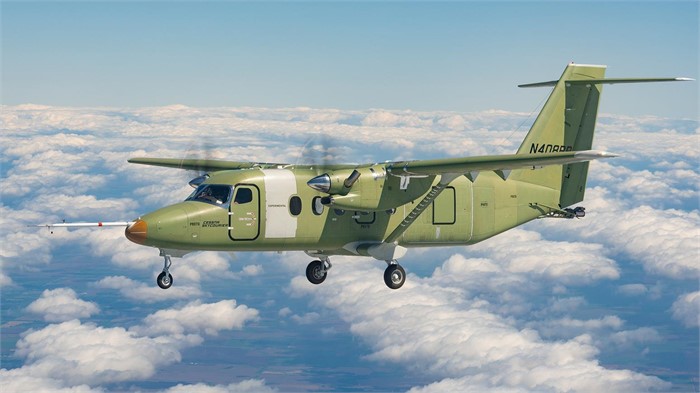 After taking off from Beech Field Airport in Kansas, the plane’s initial flight lasted 2 hours and 15 minutes. (Photo courtesy of Textron Aviation.)

Textron introduced the SkyCourier in 2017, and successfully completed initial ground engine testing on the prototype in late March. The SkyCourier builds on the single-engine Cessna Caravan utility turboprop platform, and when it enters service, it will be available in a freighter configuration with 6,000-pound (2,722-kilogram) payload, a 19-passenger configuration, and a mixed passenger-freight combination version. The plane will include Garmin G1000 NXi avionics and single-point pressure refueling, and will provide a maximum cruise speed of 200 KTAS cruise speed and a range of 900 nautical miles (1,666.8 kilometers).

Controller.com has a huge inventory of new and used Cessna aircraft for sale every day, including turboprop models like Caravans, as well as Beechcraft turboprops like King Air 90s, 200s, and 350s.