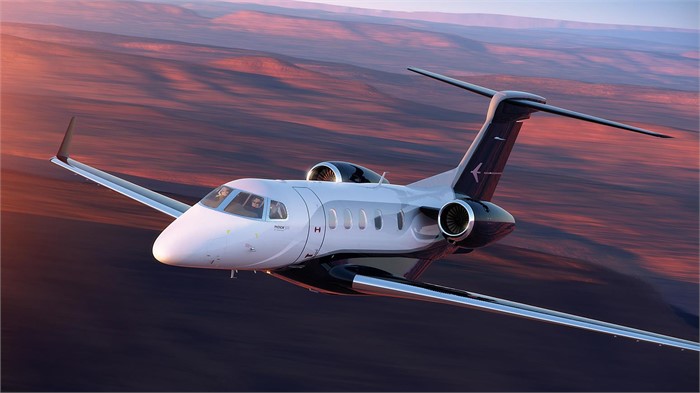 Of the 14 commercial and business jet deliveries that Brazilian manufacturer Embraer made during Q1 2020, nine were executive aircraft models. (Photo courtesy of Embraer.)

Embraer says at March’s end, it had a firm order backlog totaling $15.9 billion. It points out that traditionally it sees fewer aircraft deliveries in Q1, and that was particularly true for 2020. During Q1, however, the company did announce that its new Phenom 300E, an enhanced variant from the Phenom 300 series, earned its type certificate from the ANAC (National Civil Aviation Agency of Brazil), EASA (European Union Aviation Safety Agency), and FAA (Federal Aviation Administration). Embraer says the Phenom 300 series was the most-delivered business jet series of the 2010s.

Controller.com is the industry’s go-to source for new and used business jets for sale, including Embraer Phenom, Legacy, and Lineage aircraft.